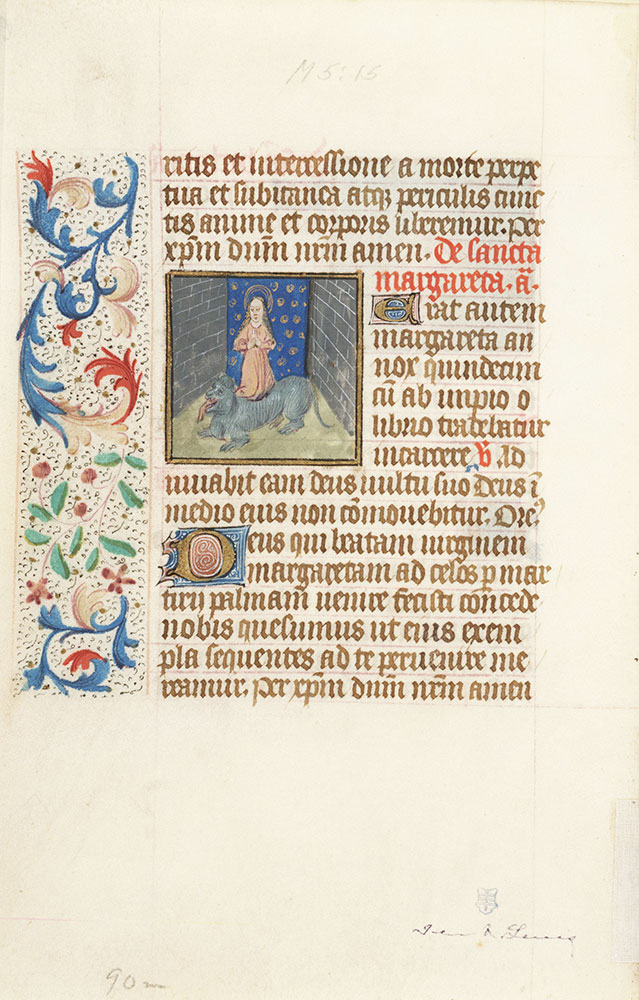 Item No: mcai050152
Additional Title: Book of Hours
Script: Gothic bookhand
Language: Latin
Folio Number: reverse
Source: Rare Book Department
Notes: St. Margaret, beginning her Suffrage
Notes: Suffrages in books of hours were prayers dedicated to various saints. St. Margaret of Antioch was a popular medieval virgin saint and martyr. According to her legend, she was swallowed by the Devil who appeared in the form of a dragon. Miraculously, she survived when after she made the sign of the cross, the beast's belly burst open, allowing her to climb out alive.
Notes: The number "92" is written in upper right corner of recto, indicating that this leaf was once f. 92 of the original manuscript.
Sirsi Catalog Key: 1481922
Country: Country:Flanders 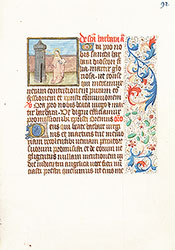 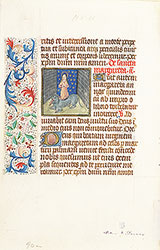