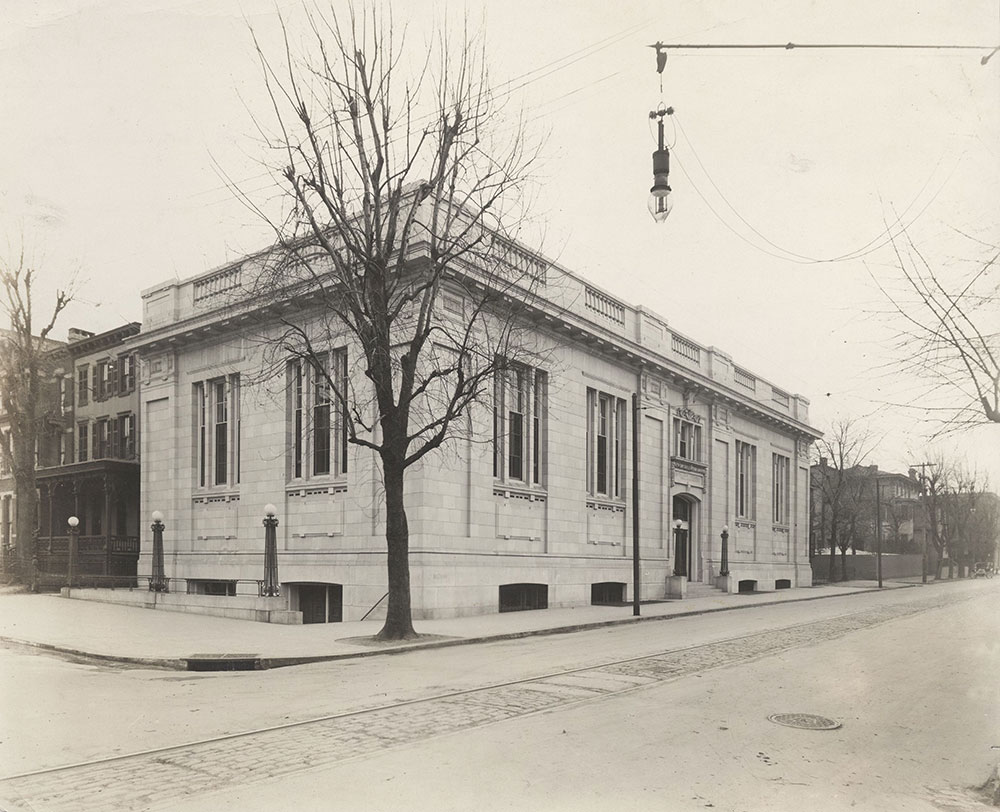 On June 26, 1906, the branch moved into the first of the Andrew Carnegie-funded branches, at 40th & Walnut Street.  It was built at a cost of $80,387, on land donated by Clarence H. Clark, a West Philadelphia banker. The architect for the project was Clarence Clark Zantzinger. This ca. 1906 image shows the exterior of the one-story (with basement) French Renaissance-style structure, with a granite foundation and terra cotta walls.