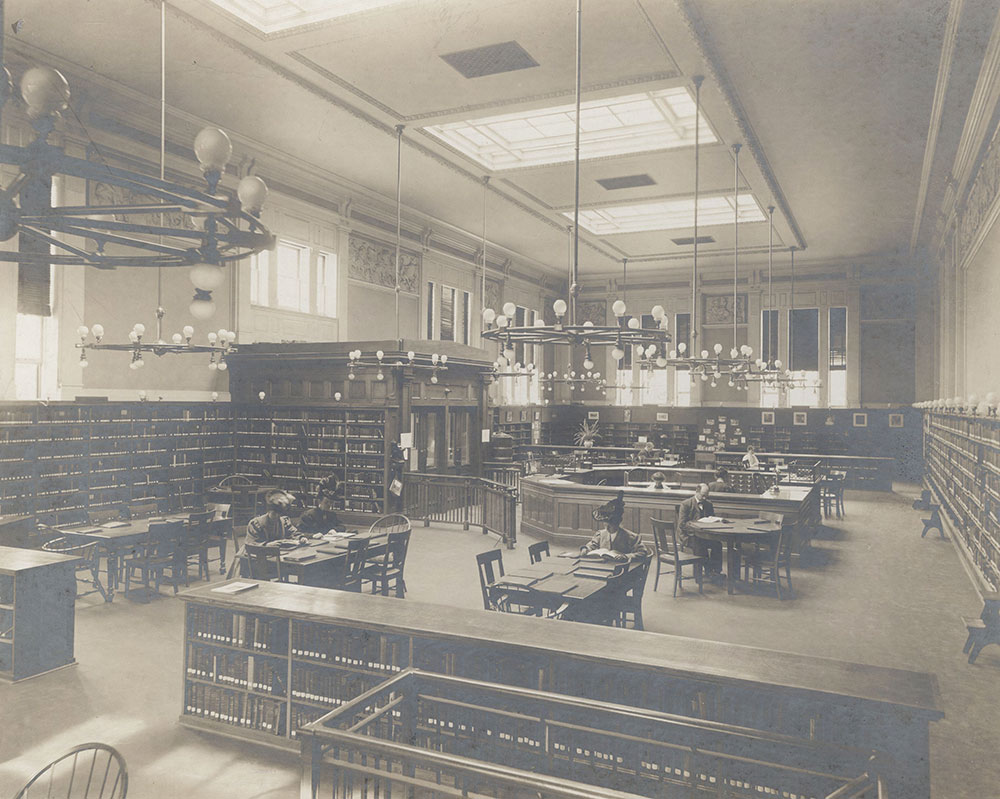 On June 26, 1906, the branch moved into the first of the Andrew Carnegie-funded branches, at 40th & Walnut Street.  This ca. 1906 interior image shows a substantial entryway and circulation area, the main reading room, and the children’s area at the far end. Note the ornamental bas-reliefs between the windows. A lecture hall seating 300 people was located in the basement, as well as toilets, a staff kitchen, supply room, coal bin, and boiler room.