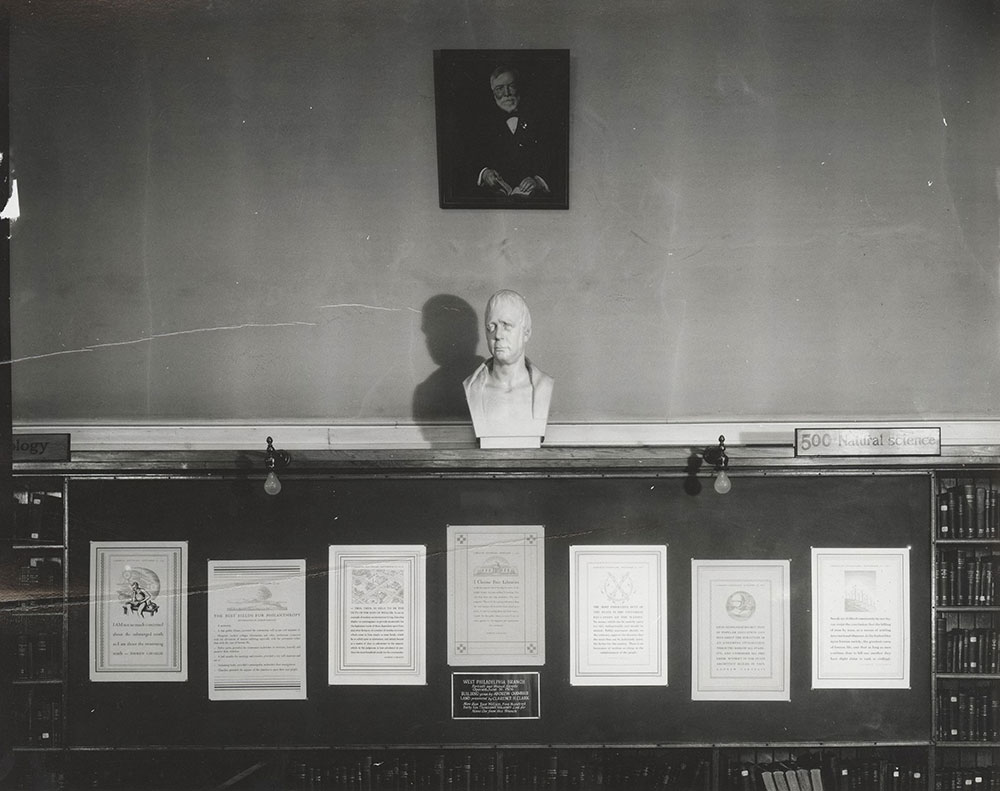 On June 26, 1906, the branch moved into the first of the Andrew Carnegie-funded branches, on land donated by Clarence H. Clark, at 40th and Walnut Streets.  This ca. 1906 interior image shows a display honoring Mr. Carnegie (portrait and seven posters quoting him) and, probably, Mr. Clark (bust).