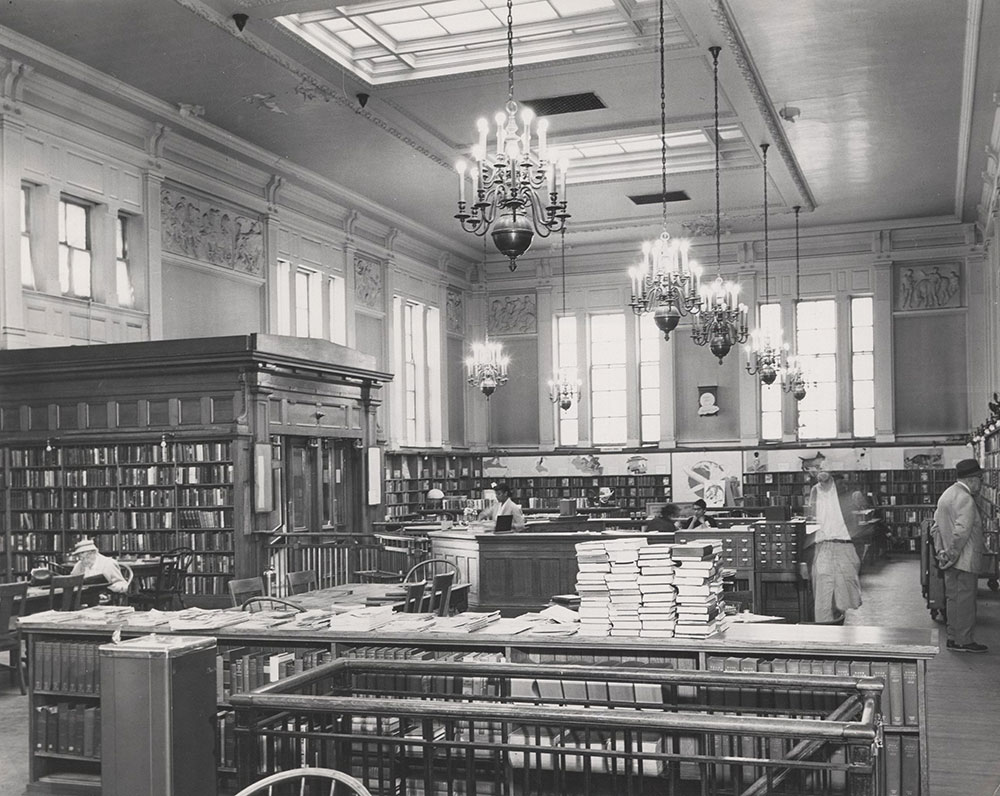 On June 26, 1906, the branch moved into the first of the Andrew Carnegie-funded branches, located at 40th and Walnut Streets.  This ca. 1958 interior image shows little changed since its opening, except for the lighting and signs of disrepair. The branch underwent extensive remodeling the following year.