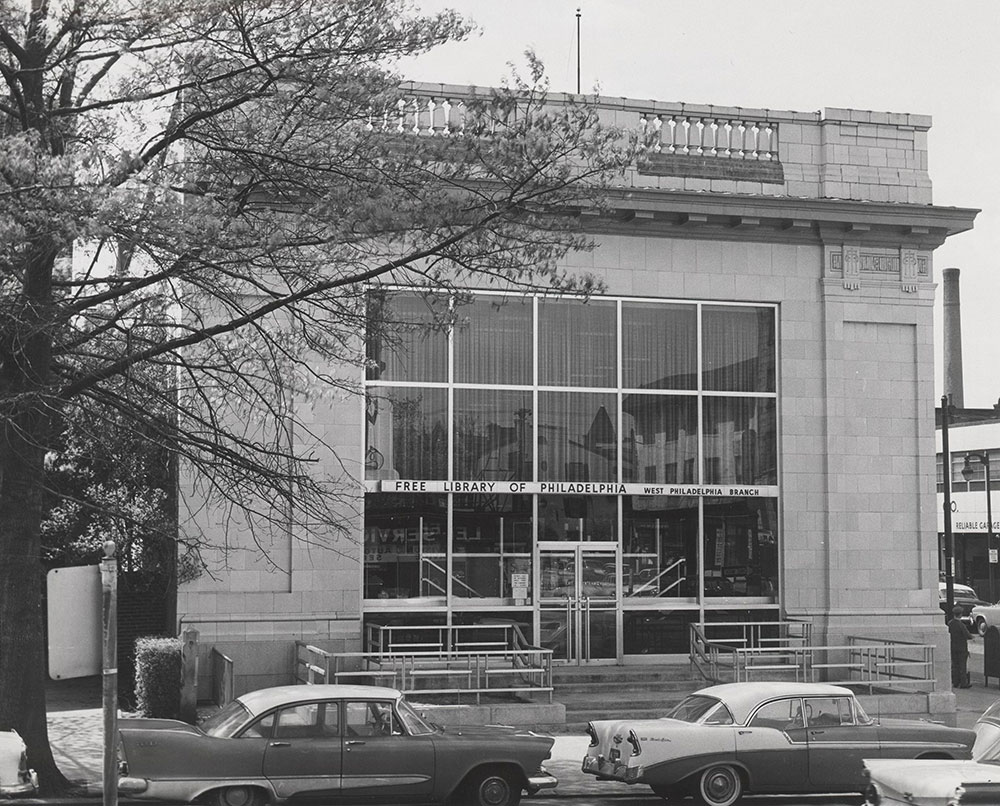 On June 26, 1906, the branch moved into the first of the Andrew Carnegie-funded branches, located at 40th and Walnut Streets.  In 1960, the branch was remodeled, including moving the 40th Street public entrance to Walnut Street, as seen in this 1960 close-up of the new entrance. (Ironically, the entrance was moved back to 40th Street again, in the late 1990s.)