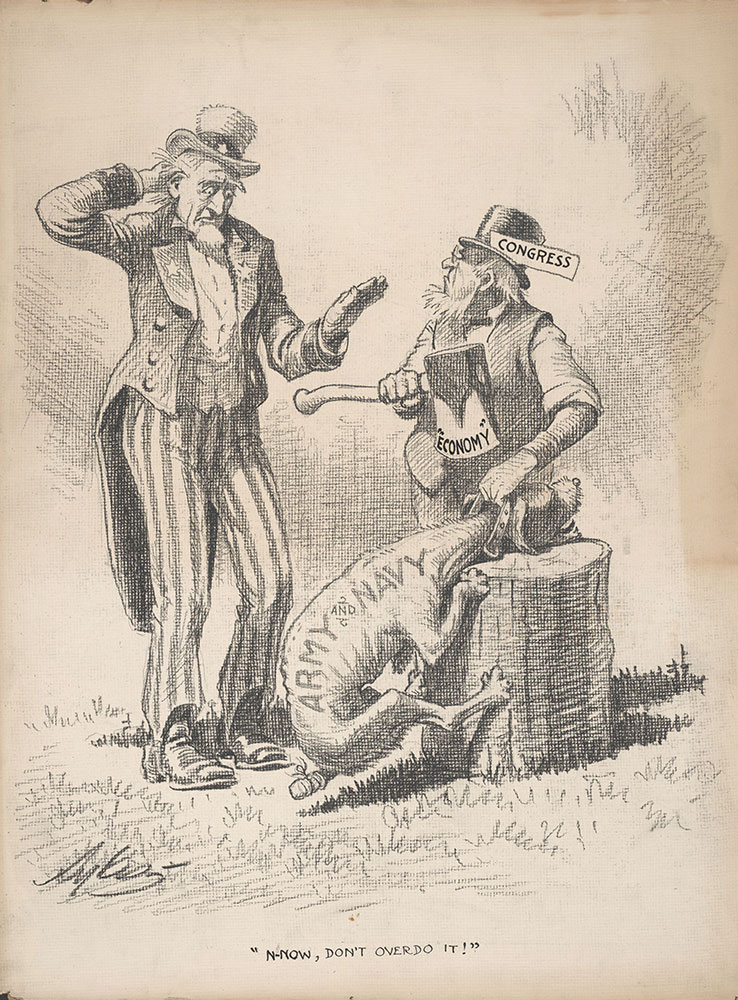 Uncle Sam tries to slow down Congress, who has an ax poised over a hunting dog's head, who is labeled Army and Navy.

"Congress enters tomorrow on the home stretch drive toward adjournment Friday, with whip and spur on appropriation bills and a scramble for the tape by scores of other measures....All of the appropriation measures except the naval budget are expected to go through, although only seven of the fourteen regular money bills have been completed and just two have been signed so far by President Wilson.  The Chief Executive plans to be at the Capitol the forenoon of March 4 for action on eleventh-hour measures.  Five appropriation measures--the army, agriculture, sundry civil, legislative and fortifications--are in conference, but with agreements expected.  A big fight is looked for over the army bill, due to the Senate's increase of the Regular Army to 175,000 men, as against 150,000 fixed by the House."