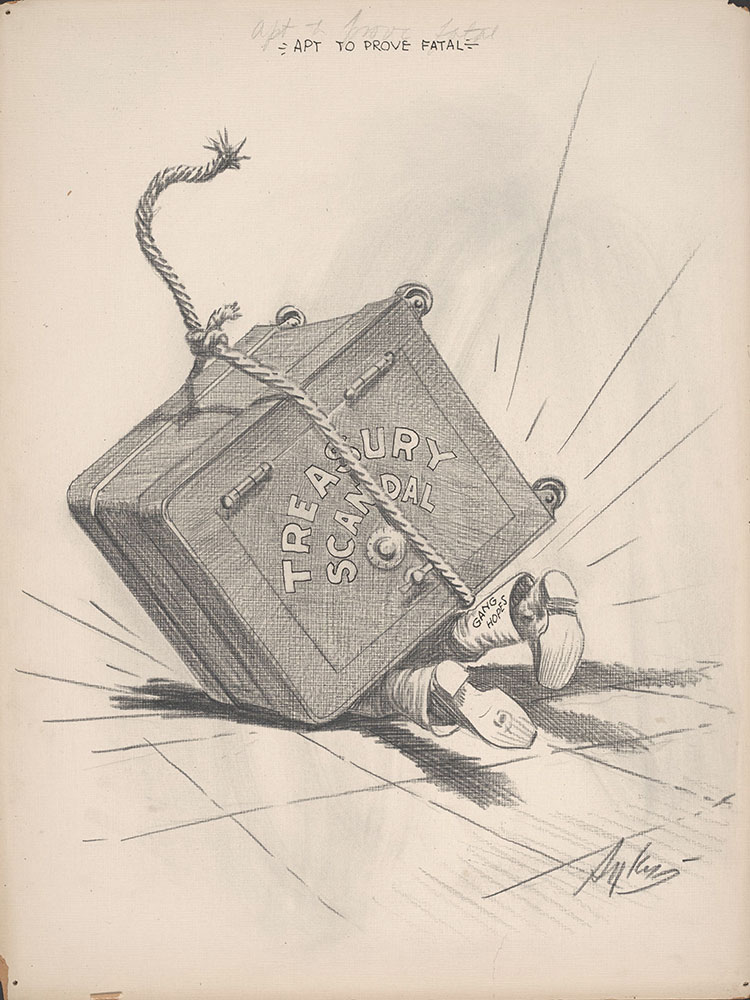 The Vare organization is counting on polling a big enough Alter vote here to offset the Pinchot vote in the rest of the State....  But Alter is tied up by bonds of political and personal gratitude to the men responsible for the Treasury scandals.

The most significant feature of this election is that every one of these self-designated bosses, who, collectively, sought like Roman mercenaries to divide among them the role of Poies Penrose, went down to smashing defeat.  Charles A. Snyder, State Treasurer, leads this roster of the defeated.  Blantant, boastful and defiant, Mr. Snyder is the official who declared in a newspaper interview that $500,000 had been taken at various times in recent years from the State Treasury, but that the Commonwealth "had not lost a cent."  ...Harmon M. Kephart, now Deputy State Treasurer and former State Treasurer, central figure in the Treasury scandal...was pratically repudiated by his constituents.