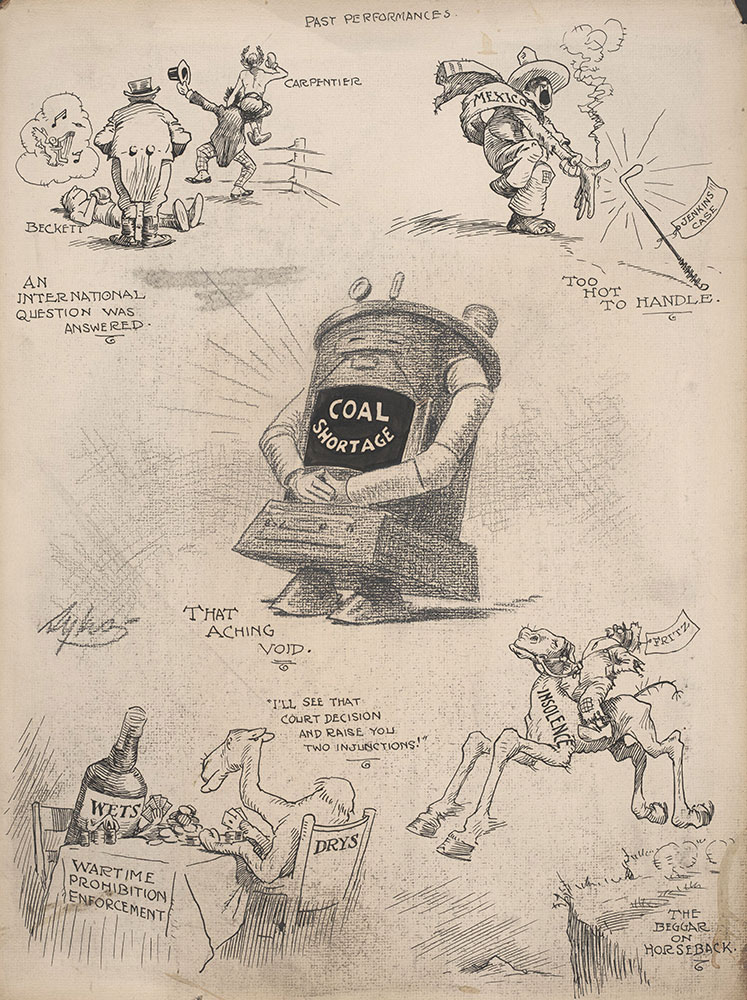 AN INTERNATIONAL QUESTION WAS ANSWERED: Heavyweight Championship of Europe fight between British champ Joe Beckett and Champion of Europe, Georges Carpentier, at Holborn Stadium, London, on December 4 1919. The Frenchman successfully defended his title for the third time in a bruising contest.

TOO HOT TO HANDLE: On the night of October 19, 1919, Cordoba boldly entered Puebla, burst into Jenkins' mill and captured the consular agent. Jenkins was informed that the purpose of the abduction was to create an incident between the United States and Mexico, and that his ransom would be three hundred thousand pesos payable only by the Mexican government and not by Jenkins or any other private party. In order to make perfectly clear the object of the abduction, Cordoba then informed the American Embassy that the kidnapping was not an act of banditry but was proof that Carranza could not give protection to foreign nationals; furthermore, "if this is the case respecting the consul of a powerful nation, the strongest now in the world,imagine what happens to the unfortunate Mexicans in small towns and in the fields." ...The circumstances of the abduction, the demands made by Washington, the obvious political importance of C6ordoba's action, and Jenkins' studied arrogance all combined with the Mexican domestic troubles and the unsatisfactory relations between the United States and Mexico to produce the most serious situation since the Carrizal clash in 1916. The Department of State's violent reaction, and the unjustified demands, in turn aroused Mexican pride and suspicion. Jenkins was the instrument; the real question at issue was Mexican-United States relations.

THAT ACHING VOID: [T]here was a ray of hope in Washington today that the acute stage of the national coal shortage was nearing an end. Some officials venture the opinion that by the end of the week coal production would be increased to the point of safety, but that probably another week would be required before the country as a whole would begin to feel the beneficial effect. Meanwhile the government was showing no relaxation in the enforcement of strict coal rationing.

I'LL SEE THAT COURT DECISION AND RAISE YOU TWO INJUNCTIONS!: In an opinion handed down by the Federal Judge Arthur L. Brown of the United States Attorney and the Collector of Internal Revenue of that district were restrained by injunction from enforcing the provisions of the war-time prohibition act.