See For Yourself, We've Convinced America! 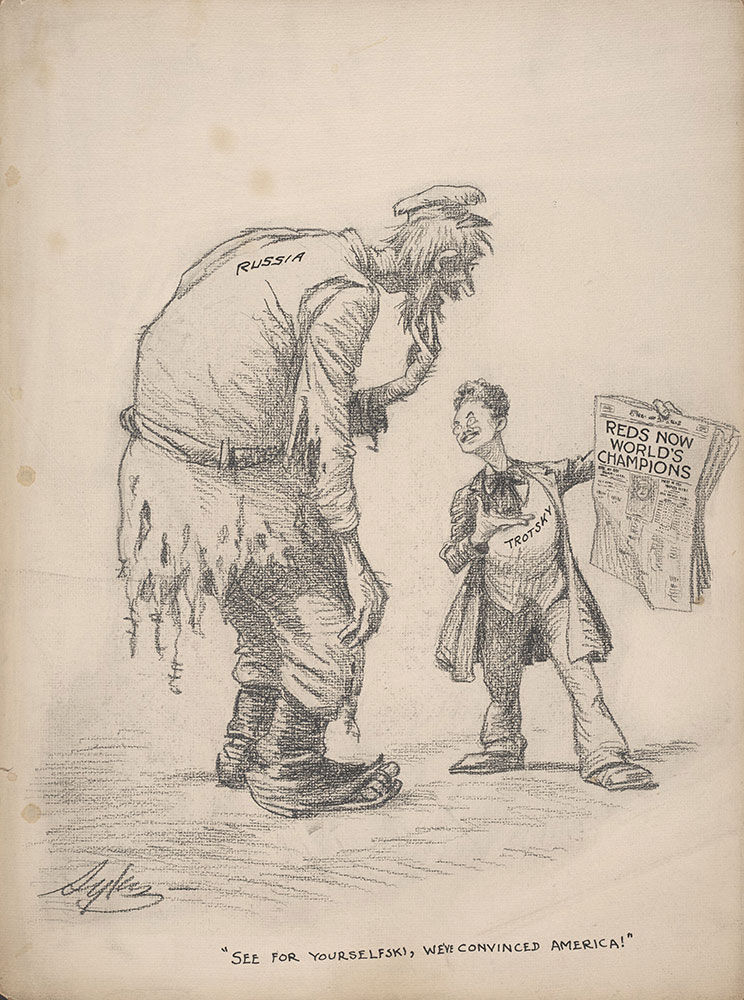 The Cincinnati Reds were declared World's Series winners after some debate.  Trotsky mistakenly shows Russia that the U.S. has come to realize that the "Reds" are the world's champions.

"After nine days of dippy, delirious, dizzy baseball, in which the dope ran according to everything except form, we now are prepared to issue a coherent statement, which is absolutely correct in every particular.  For the first time the true dope is to be handed out, and here it is:

"The world's series is over.  Cincinnati won by the official count of five games to three and the White Sox finished second.  Those who wagered on the Reds to cop can collect their bets from those who backed the Sox if the collecting is good."