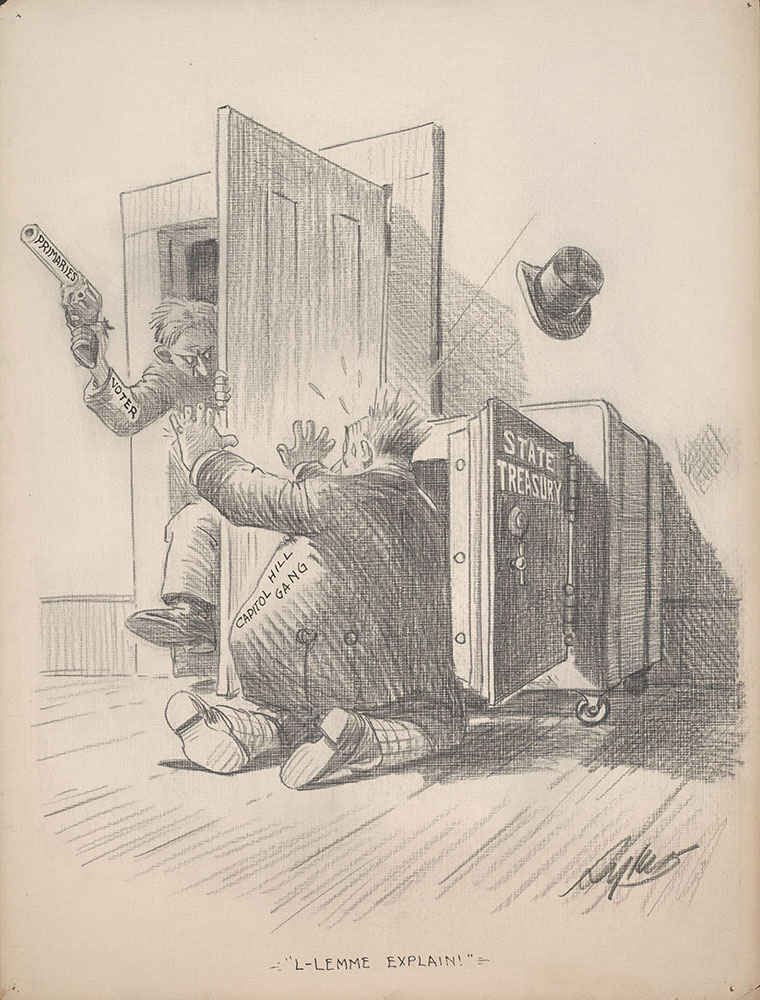 “The one big thing the [contractors’] combine is interested in is keeping its control of the State Treasury….Unless the combine is stopped at this time they will have the State of Pennsylvania by the throat for the next twenty years.  Mr. Pinchot’s election will stop the salary grabbing and treasury raiding at Harrisburg.”

The most sensational disclosure of conditions affecting the finances of the Commonwealth and conditions in the State Treasury that has been made….It shows the most remarkable juggling of State deposits; that is, of State money deposited in favored banks.  This audit which is in progress under the direction of Main & CO., certified accountants, who, in the examination of Auditor General Snyder’s books, disclosed the now famous Beidleman check for $5000, has been only partly completed.  It may thus be said that the disclosures to date are only partial.

“GIFFORD PINCHOT will TURN ON THE LIGHT AND CLEAN UP THE MESS in Harrisburg. He will never permit such a juggling of the people’s money in the State Treasury as has led to the treasury scandal exposed during the past several days, a scandal that has shamed Pennsylvania before the nation.

“If you want to break up the contractor combine that has been throttling Pennsylvania, and to end the scandalous juggling of State Treasury funds, VOTE FOR GIFFORD PINCHOT.”

“For the Honor of Pennsylvania Vote for Gifford Pinchot for Governor.” The Scranton Republican 15 May 1922: 15.  Print.