Suffering From Exposure, Eh, What? 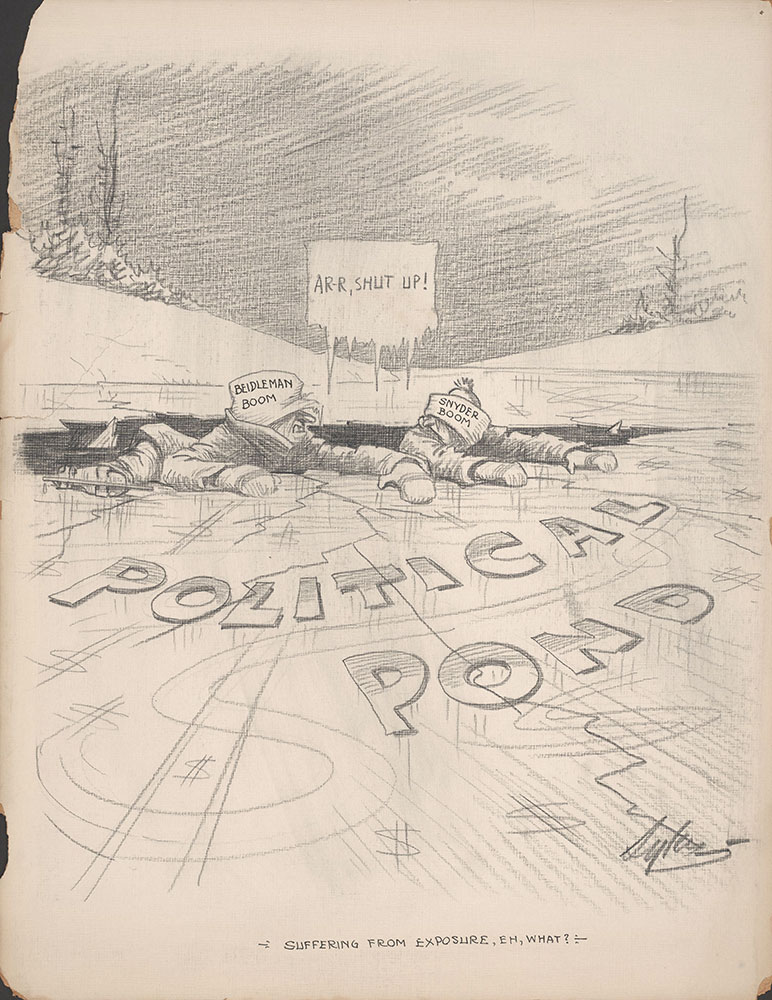 The sums paid to Lieutenant Governor Beidleman's law firm are justified by vouchers in the usual form.  They amounted to $4500 last year.  But the Leiutenant Governor himself received the $5000, a sum as great as his annual salary, which is recorded in a different account.  So far as appears, Mr. Snyder put his hands in the State Treasury, took out $5000 and gave it to Mr. Beidleman, and put on file the general statement that it was for "services and expenses."

"Congressman Louis T. McFadden, of Canton, Bradford County, a visitor in this city, today admitted he has his ear to the ground for a possible call to the Governorship of Pennsylvania.  He believes the State's financial condition will be the problem uppermost for the next Governor.

"Friends of the Congressman who accompanied him to this city expressed their belief that Lieutenant-Governor Beidleman and State Treasurer Snyder have been eliminated entirely from the governorship contest.  They said the disclosures made in the Evening Public Ledger have killed the Beidleman and Snyder boom."