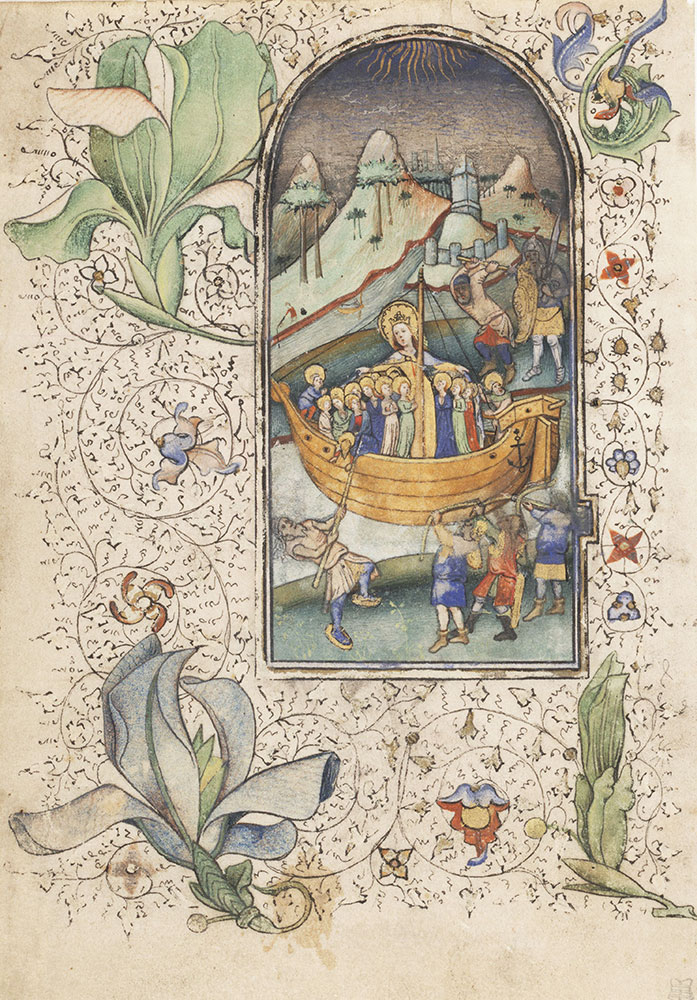 These full-page miniatures have been cut from a Flemish book of hours painted by the Master of Guillebert de Metz. Each depict an important moment in the lives of two Christian saints. In one, Saint Christopher carries the infant Jesus across a dangerous river. In the other, St. Ursula and her 11,000 virgin companions are martyred in the port of Cologne after she refuses to marry the king of the Huns.


Notes: The Martyrdom of St. Ursula
Notes: The text on reverse was added later.
Notes: This miniature probably prefaced the Suffrage to St. Ursula in a book of hours. According to her legend, St. Ursula and her 11,000 virgin companions were all martyred at the hands of the Huns in the port of Cologne after Ursula refused to marry their king. Her cult achieved popularity in the later Middle Ages. The miniature was painted by an artist who has been associated with the Flemish scribe Guillebert de Metz.
Sirsi Catalog Key: 1481925
Country: Country:Flanders 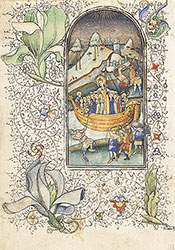 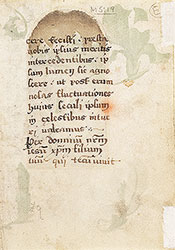