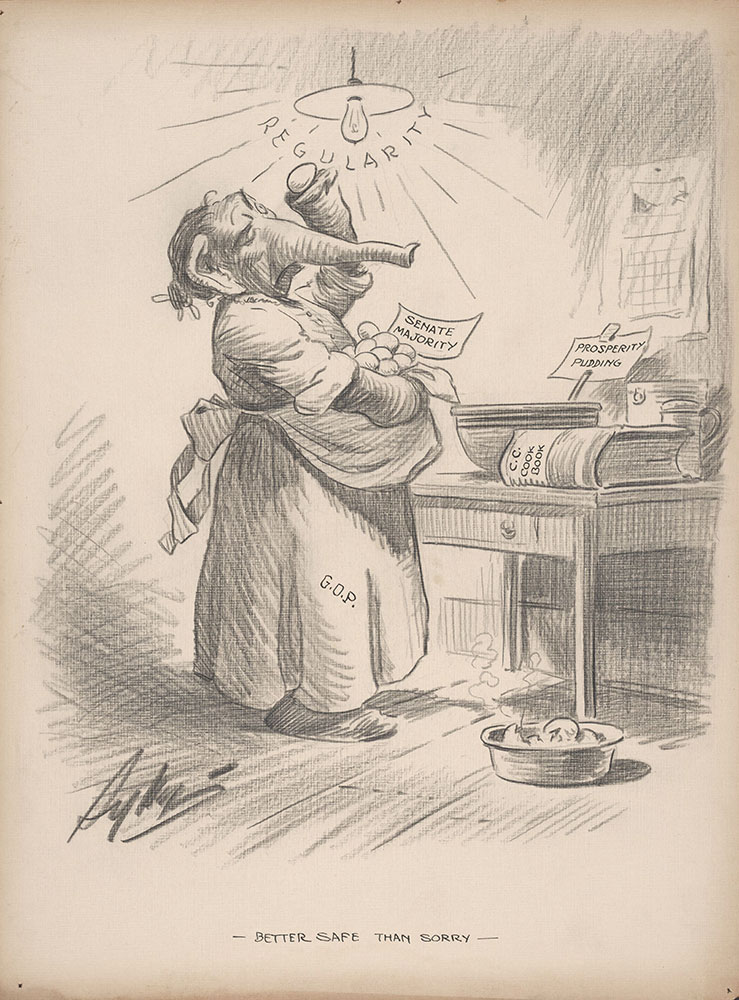 "With strong insurgents and weak party leadership, Republicans could agree only when it came to rebuking the White House,and Coolidge’s traditional hands-off approach had only worsened the situation.  With the 69th Congress’s increased Republican majority, party regularity was strengthened, as was Coolidge’s position."

"Calvin Coolidge was a popular president and respected for his integrity. His advocacy of tax cuts, economical government, and his strong laissez faire policy toward business fit well in an era of general prosperity, and gave the laconic New Englander popular backing. Circumspect in domestic matters and practically an isolationist with regard to Europe, Coolidge personified the Republican philosophy of conservatism endorsed by a large majority of Americans during the 1920s."