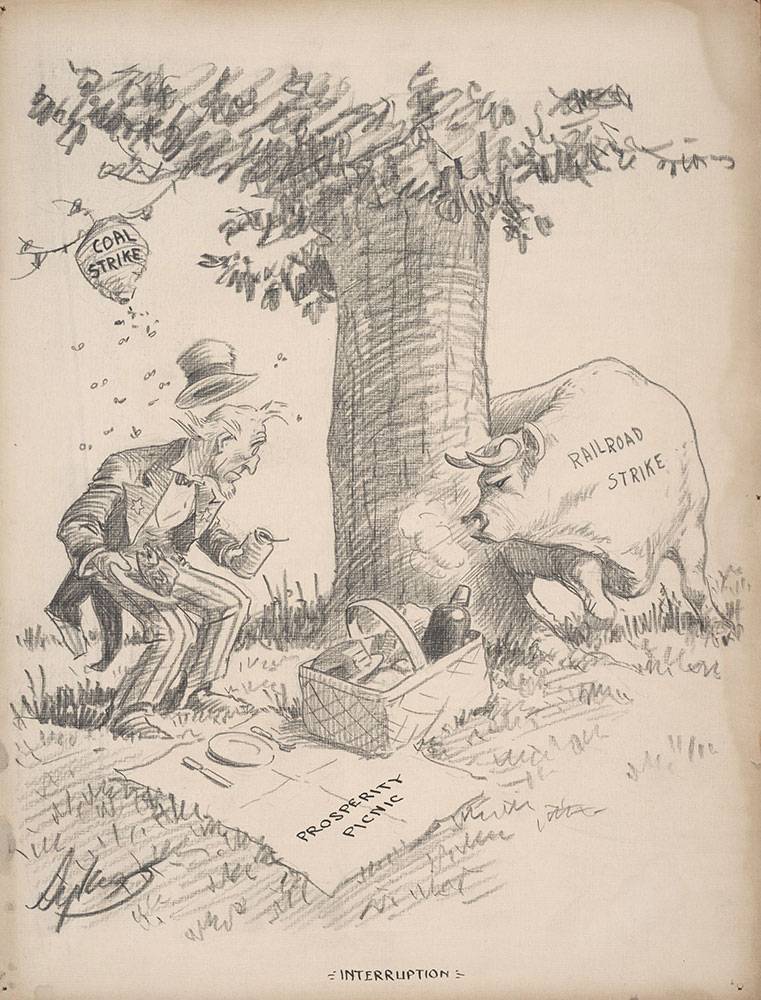 "The coal strike appears to be affecting the railroads more seriously than other industries.  A decrease of 112,743 in the number of revenue freight cars loaded during the week ended April 8 was reported by the Association of Railway Executives.  This was due entirely to a falling off in shipments of coal, loading of which totaled 69,456 cars for the week, a reduction of more than 115,000 cars from the preceding week....  The number of railroad employes [sic] laid off or placed on short time since April 1 as a result of the strike is between 20,000 and 22,000, according to estimates by railroad operating officials."

"In 1922 the Railroad Labor Board approved yet another cut in wages, this time a cut of 7 cents an hour targeted to railway repair and maintenance workers — a reduction representing a loss of an average of 12% for these workers....  Strike ballots were sent out to the members of all railway unions over the 1922 wage cuts, but when the votes were counted the members of the "Big Four" brotherhoods broke ranks over the question of a work stoppage. Seven unions representing the railroad shopmen and maintenance of way workers did vote to go on strike, however, and the date July 1, 1922, was set for the launch of a coordinated work stoppage. On that day some 400,000 railway workers walked off the job...."

"The announcement from Washington that President Harding is prepared to take over the operation of the railroads and the coal mines if those now responsible for supplying fuel and uninterrupted transportation fail to do their duty has relieved the mind of the country as nothing else has done for years."