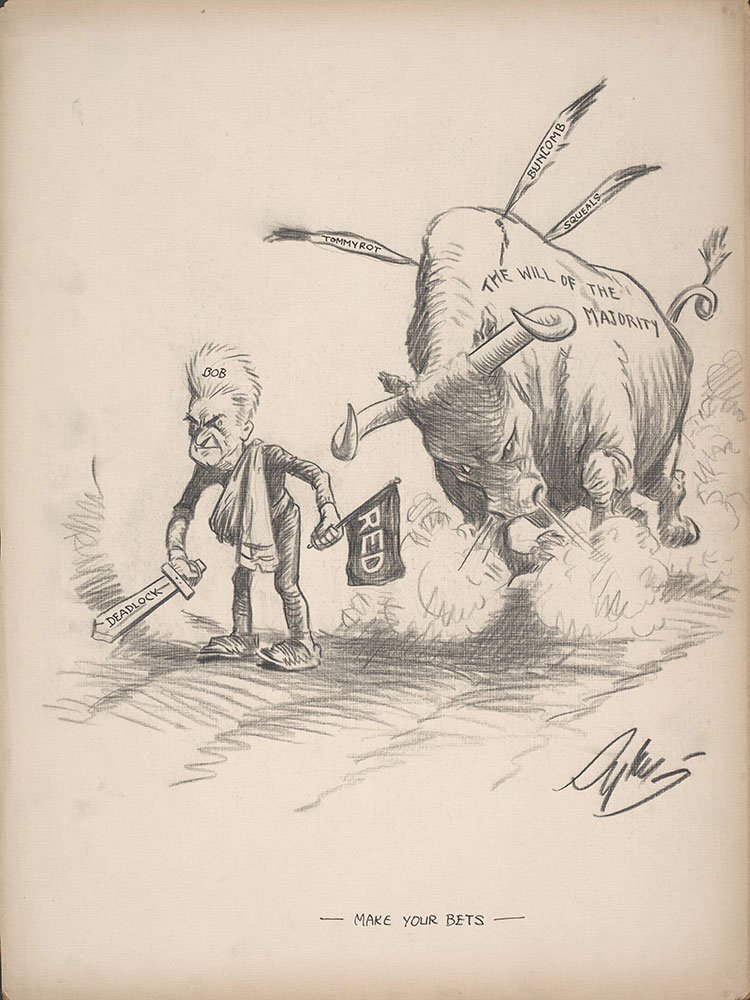 "Fighting Bob" La Follette faces off with "The Will of the Majority", enraged by squeals, buncomb, and tommyrot.

"In 1924, editor George Harvey wrote an influential article in the North American Review arguing that Robert La Follette's third-party candidacy would throw the election into the House, which would deadlock, resulting in the election by the Democratic Senate of Charles W. Bryan, the younger brother of the 'populistic and pacifistic' William Jennings Bryan, 'who unquestionably would continue to act as his guide and counsellor.' The Republicans developed a bizarre campaign cry: 'A vote for La Follette is a vote for Bryan and a vote for Davis is a vote for Bryan. A vote for Coolidge is a vote for Coolidge.' Coolidge won."