--Besides, I Know What Happens To Your Customers! 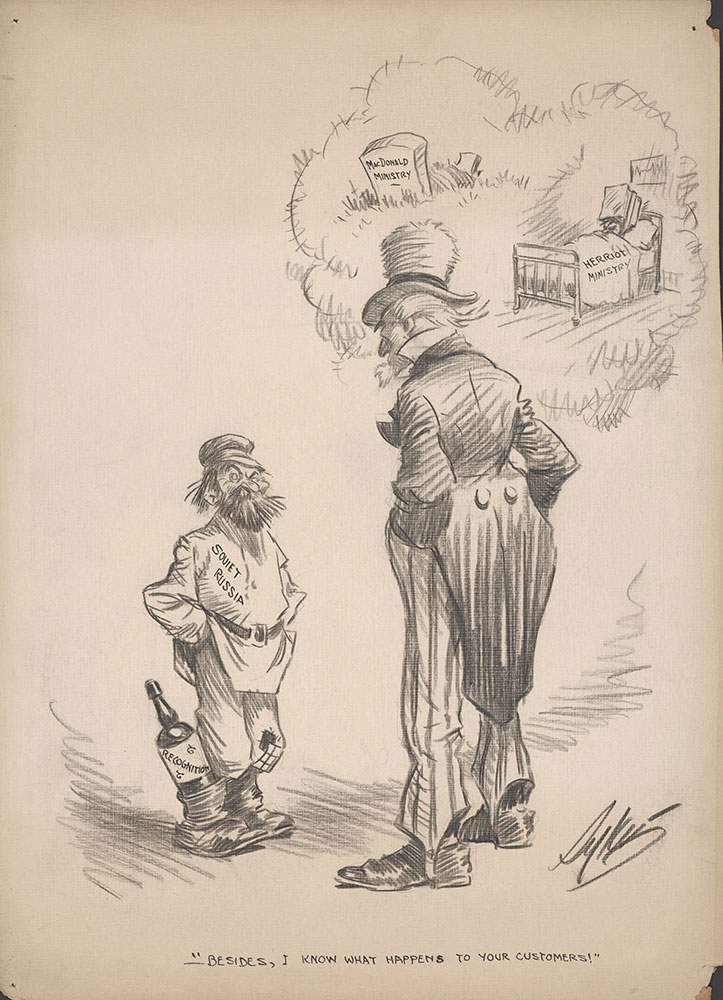 MacDonald Ministry downfall:  A bungled prosecution of J.R. Campbell, a communist newspaper editor, led to an adverse vote in the Commons. Because of that rebuff and various other factors, the Conservatives regained a majority, and MacDonald resigned Nov. 4, 1924.

Herriot Ministry:  In the elections of June, 1924 the group won a majority of the seats and Herriot became the new prime minister. Once in power Herriot attempted to improve relations between the European powers. He extended de jure recognition of the Soviet Union, which he had visited two years before. In April 1925 Herriot’s ministry fell because of his financial policies, and in July 1926 his second ministry lasted only three days.

Sykes, Charles Henry, 1882-1942 - Artist. --Besides, I Know What Happens To Your Customers!. [Cartoons (Commentary)]. Retrieved from https://libwww.freelibrary.org/digital/item/53188