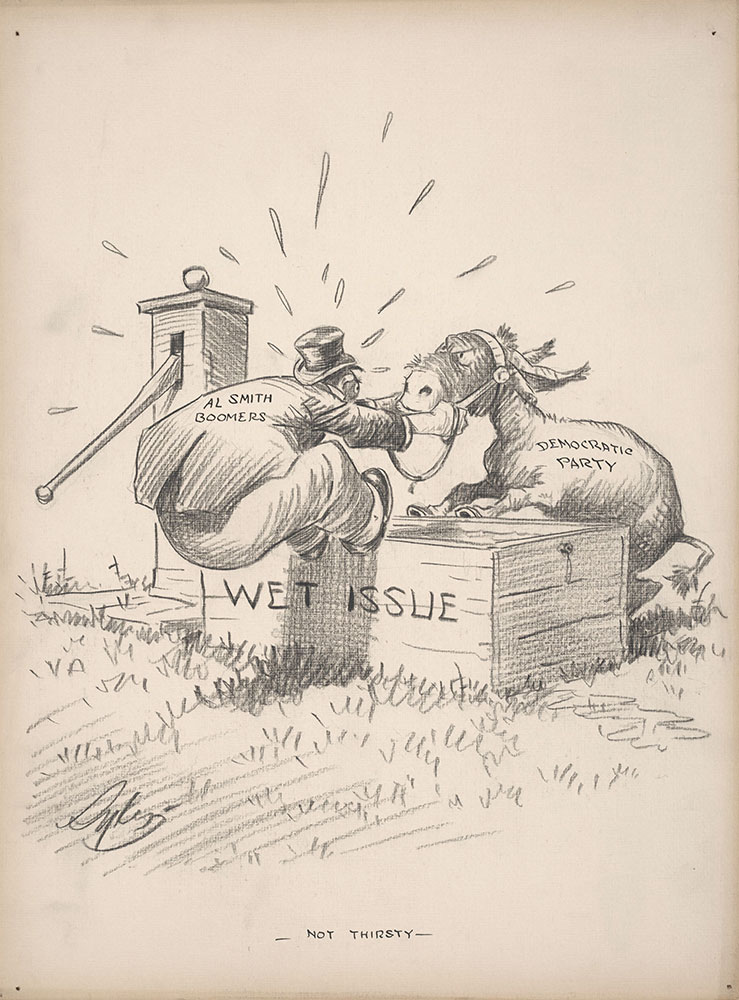 "Prohibition affected the politics of the 1920s. The Democratic Party became deeply split between its urban, anti-prohibition wing and the pro-prohibition rural and southern interests. The conflict paralysed the party in the 1924 election and aided the triumph of the Republicans under Calvin Coolidge.

"In 1928, the Democrats nominated a “wet” or anti-prohibition candidate, Governor Al Smith of New York. He galvanised anti-prohibitionist and Catholic voters, particularly in the urban areas, and presaged the formation of the coalition of liberals, ethnics, Catholics and urban people generally in the 1930s under the New Deal. However, the “dry” majority held in 1928, largely because of the prosperity of the 1920s, and Herbert Hoover was elected President. He was strongly supported by the Anti-Saloon League and the WCTU. Smith’s anti-prohibitionist and Catholic credentials ruined his chances across much of the West, where Protestant, anti-urban and Republican sentiment was strong."