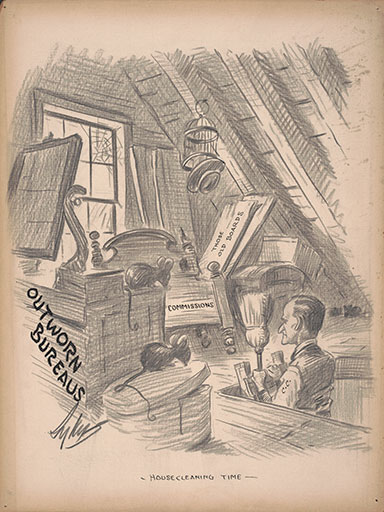 Coolidge’s no-nonsense approach and somber nature stood in stark contrast to his predecessor’s genial personality and casual leadership style. The differences served Coolidge well as he worked to clean up the corruption that had plagued the Harding administration.

Coolidge’s policies in office continued to be guided by his strong belief in private enterprise and small government. He cut taxes, limited government spending and stacked regulatory commissions with people sympathetic to business.

Coolidge summed his policies into one sentence: "The chief business of America is business." The rise in the stock market and the business boom of the time was called "Coolidge Prosperity." Coolidge stripped the Federal Trade Commission and the Tariff Commission of their powers, resulting in improved foreign trade.