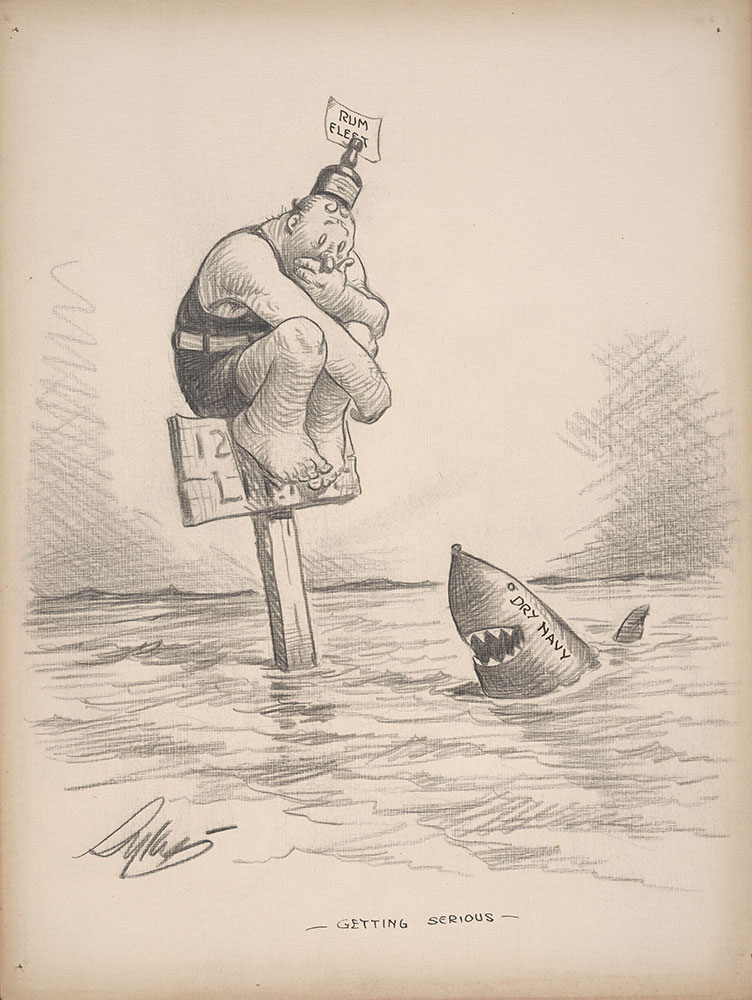 On July 1, 1914 the ships of the U.S. Navy officially became dry under General Order No. 99. “The use or introduction for drinking purposes of alcoholic liquors on board any naval vessel, or within any navy yard or station, is strictly prohibited, and commanding officers will be held directly responsible for the enforcement of this order,” reads the hundred year-old order.

The federal government is getting ready to use its strong right arm, represented by the guns of the navy, to stop rum running into the United States, particularly along the Jersey coast....  Admittedly the almost continuous presence of fleets of whisky laden vssels off the coast of New Jersey, ready to sell their cargoes to motor boats or other swift craft, willing to run the gauntlet to United States ports is a matter of grave concern to the administration.