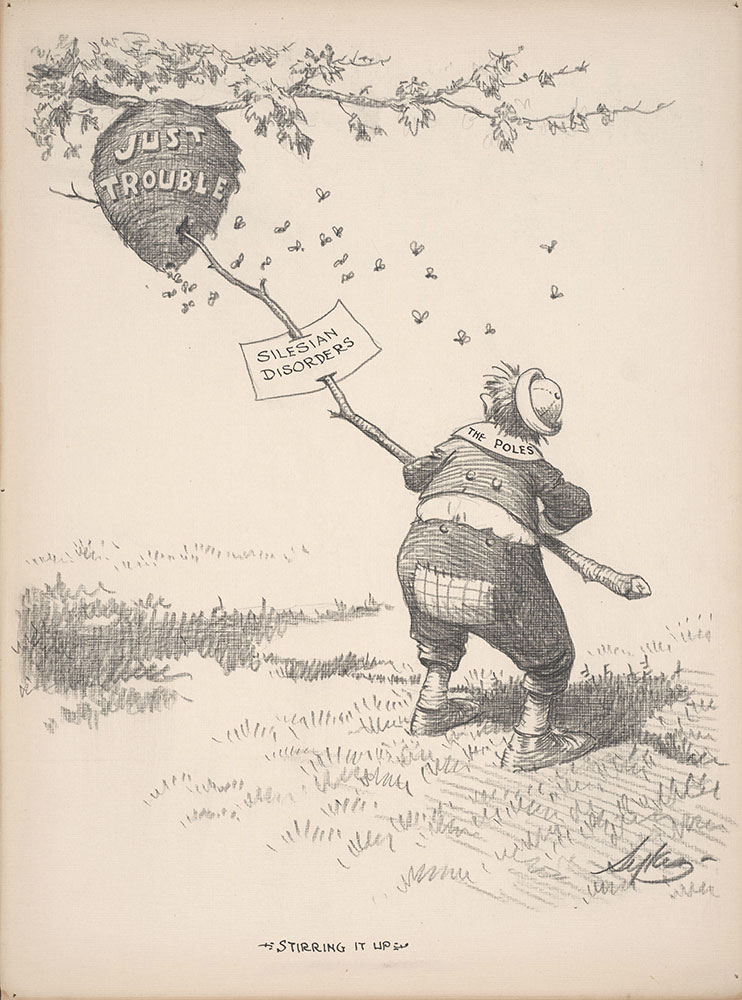 "According to the agreement, this international occupation is to end when the final disposition of Upper Silesia is determined by the special commission.... As a signatory of the treaty, Poland was officially pledged to respect the final award.  Rumors that it was likely to be adverse to her ambitions are said to have inspired the present outbreak.

"The crisis is one of the most alarming of the many that have made reconstruction in Europe protracted and painful.  The Poles are reckless insurgents, willful violators of the pledge to accept the commission's ruling."