Hard to Get Up 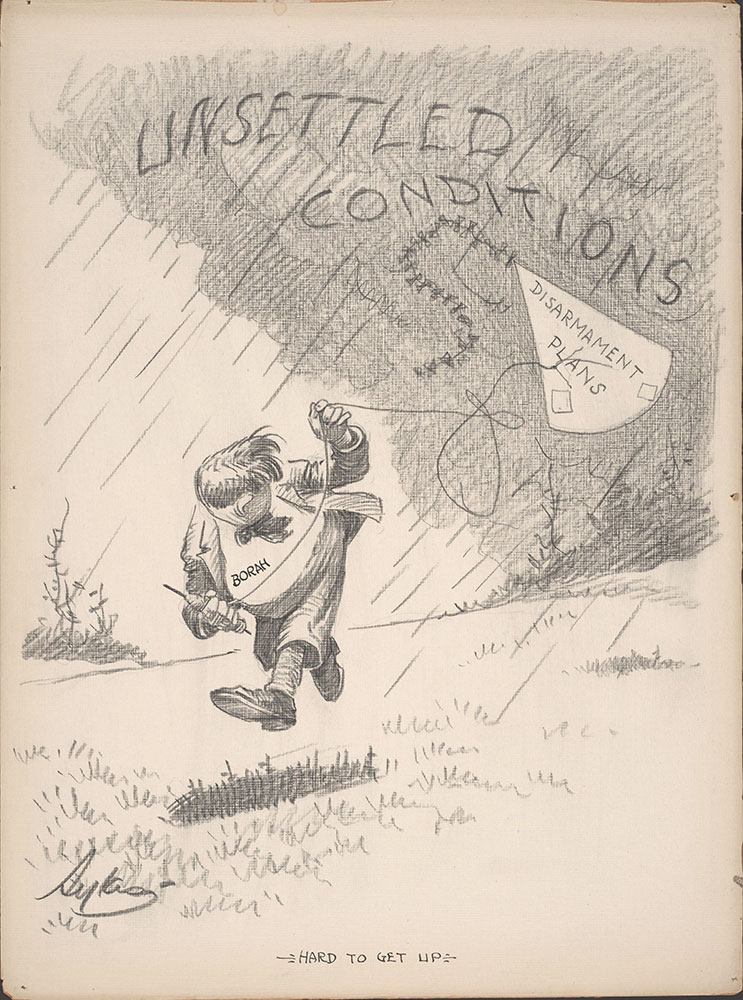 "A fight for naval disarmament proposals at an early date in the Senate in opposition to the administration program was accepted as a foregone conclusion today.  The naval appropriation bill was to be reported from the committee today stripped of all such features at the request of President Harding because of the international situation, but both Senators Borah and Pomerene announced they would fight from the floor for a disarmament conference of Great Britain, Japan and the United States.  The bill is expected to come up for a debate next week after disposal of the emergency tariff and anti-dumping measure.

"Before the Committee acted, Senator Borah had given notice of the fight to come by reintroducing his proposal in the Senate and moving to suspend the rules to make it in order."