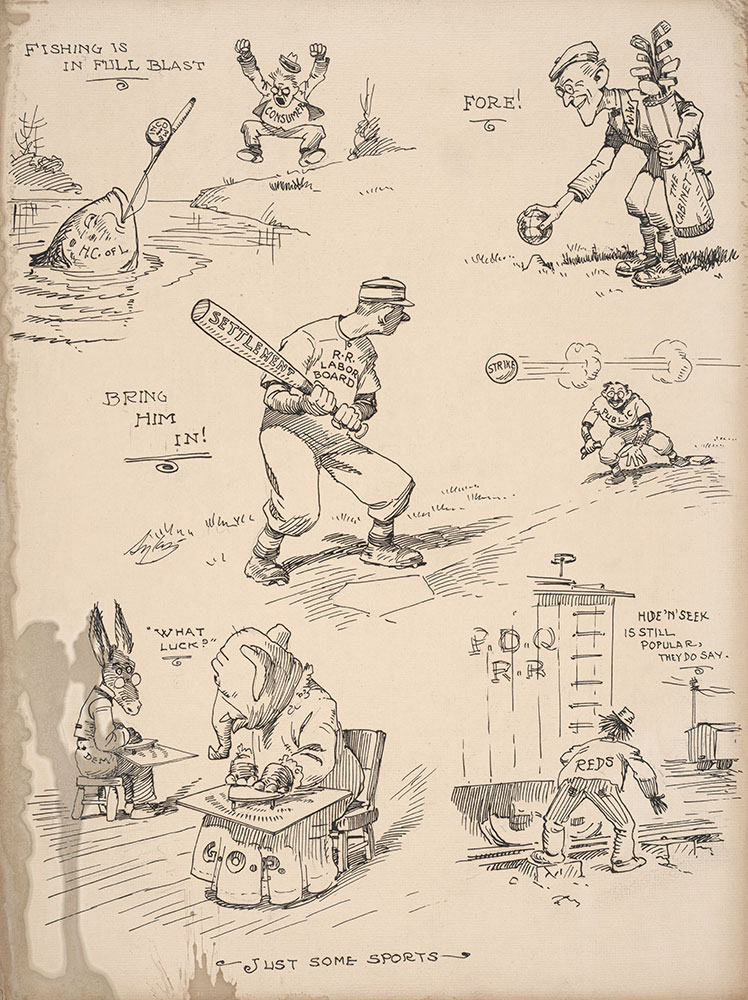 "Declaring that the costs of food distribution are too great, the Federal Trade Commission today recommended improving marketing facilities and processes at the great consuming centers as a long step toward lowering the high cost of living.

"'The weekly wage of union-organized labor in 1918 bought but 77 per cent, according to the Department of Labor, as much food as in 1913,' the report continues. 'The larger number of service incomes do not fall within this organized group and are much slower to respond to the pressure of a higher cost of living.'

"'Food absorbs 38.2 per cent of the average AMericna household's income.  It, therefore, constitutes no inconsiderable part of the wage and salary cost in all production.'"

"For a day recently when Mr. Wilson summoned the cabinet for a formal meeting it appeared that we might be getting under fair headway once again.  The country, bedeviled by high prices, strikes, trade complications due to the treaty deadlock and crowding worries for the future, strained its ears for some suggestion of a revived initiative and hoped for a sign to indicate that the government had started to move and think once more."

"Both administration and railroad officials believe that the prompt assembling of the board will have its influence on the present strike of railroad men and may bring about a settlement.  Many of those who walked out already have returned to work with the understanding that their demands would receive prompt attention by the board.

"At the railroad administration, it was said that the demands of the strikers would not be given preferences over those of the other rail employes [sic]; that the wage question would be considered as a whole."

"Wood, Johnson, Lowden, Hoover, and Poindexter will be voted on by Oregon Republicans on May 21.  McAdoo is the only Democratic aspirant."

"The railway unions launched a bitter drive against the strike. Dozens of union officials concentrated in Chicago and other strike centers ordered the men back to work, on the grounds that the strike violated union rules and contracts - although no contracts with the employers existed, the roads having just been returned from Federal control. They red-baited the strikers as Bolsheviks and charged them with destroying the union. They threatened the strikers with expulsion if they did not return to work, and actually applied this penalty to tens of thousands of workers.

"Finally, the power of the state was turned against the strikers. Attorney General Palmer attacked the strike leaders as I.W.W.'s and Reds. On April 15th he had twenty-three strike leaders in Chicago arrested on charges of violating the Lever and Sherman Acts, and there were arrests and raids on meetings in Cleveland, New Orleans and other cities as well."