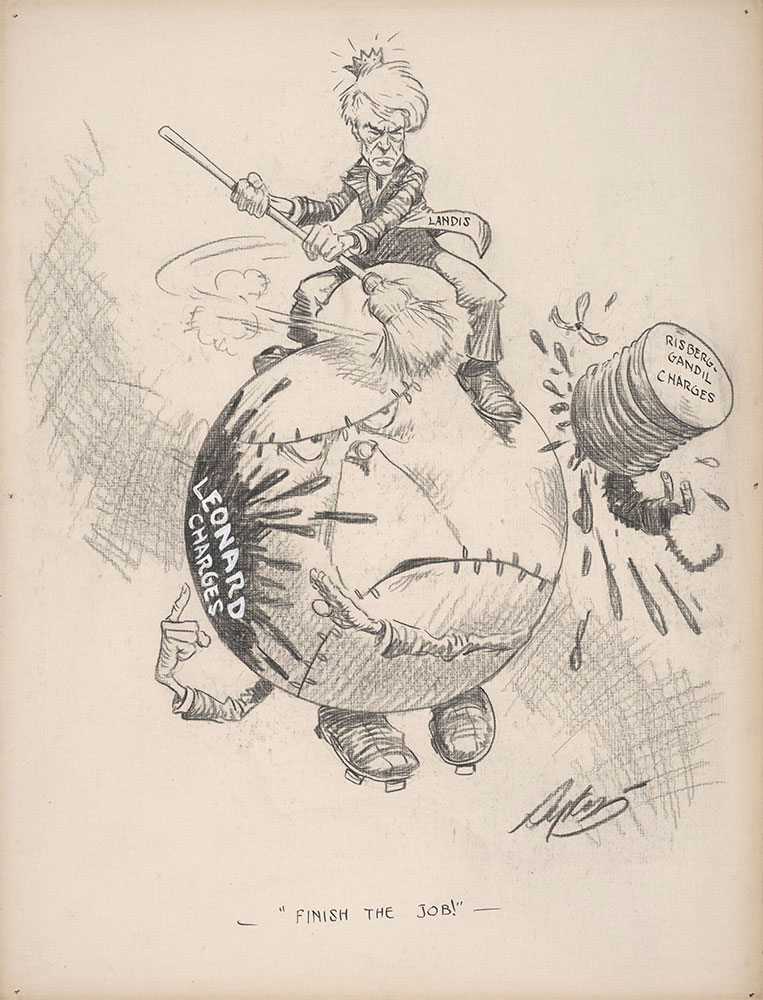 "This is exactly what happened in 1926 when Judge Kennesaw Mountain Landis, the first commissioner, found various parties picking at the scab of the 1919 World Series scandal.

"Eventually it was revealed that a pair of letters, one sent by Cobb to Smokey Joe Wood, the other from Wood to Dutch Leonard, implicated Cobb in fixing, or at the very least betting on, the Cleveland-Detroit game of September 25, 1919. Speaker wasn't mentioned in the letters but when Leonard turned the letters over to the American League he fingered Speaker as being part of the plot.

"The revelation opened up the quintessential can of worms, with players coming out of the woodwork to report other fixes or cases of one team paying another a "gift" to "bear down" against a key opponent. Even Chick Gandil and Swede Risberg, the Black Sox's top scumbags, appeared to trash the integrity of the 1917 American League race won by the White Sox, with the Tigers supposedly rolling over for the Pale Hose in some key games."