"If You're Really in Earnest--" 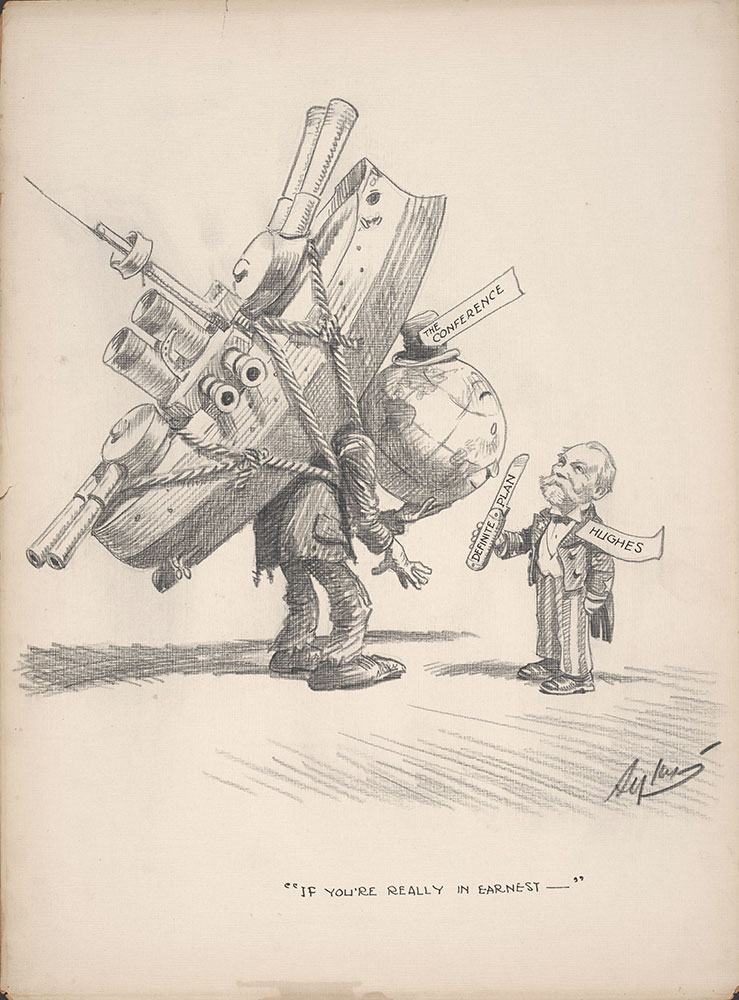 Hughes offers the world a way (knife/plan) to remove itself of its arms burder.

"In 1921, U.S. Secretary of State Charles Evans Hughes invited nine nations to Washington to discuss naval reductions and the situation in the Far East. Great Britain, Japan, France and Italy were invited to take part in talks on reduction of naval capacity.... Three major treaties emerged out of the Washington Conference: the Five-Power Treaty, the Four-Power Treaty, and the Nine-Power Treaty.

"The Five-Power treaty...called on signatories to stop building capital ships and reduce the size of their navies by scrapping older ships."