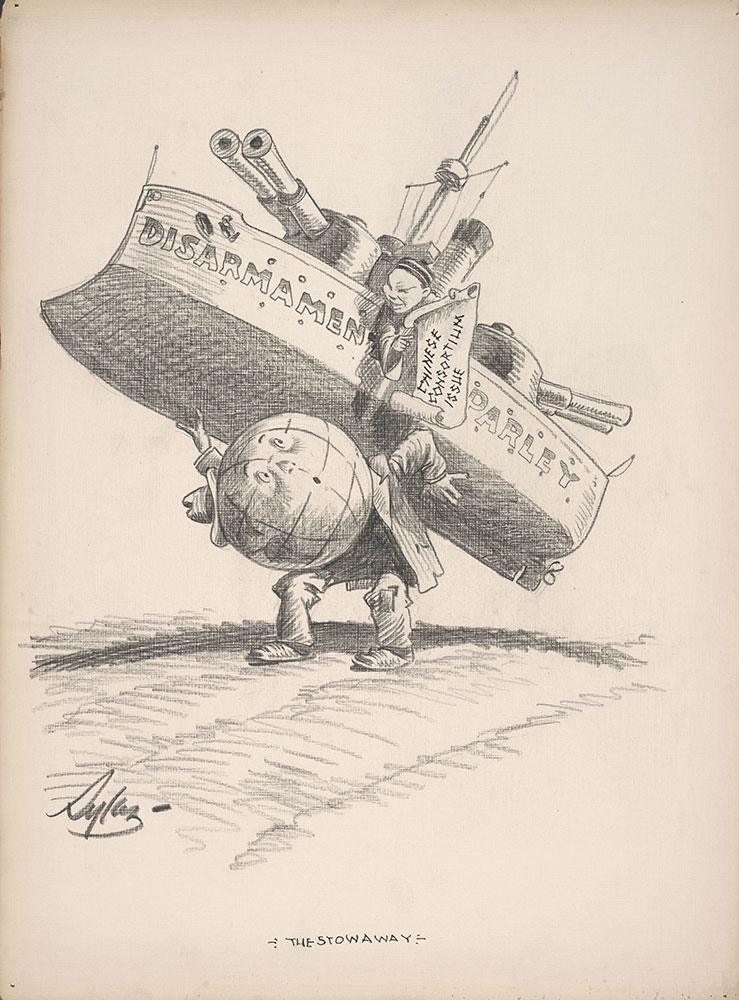 The world is weighted down by the disarmament parley, which increased by the Chinese consortium issue.

"...the Japanese armament delegation...has issued a statement declaring that China's salvation lies in bringing her to the realisation that the rest of the world will act as a unit in dealing with her preliminarily.

"...with indications pointing to another Chinese rejection of Japan's terms regarding Shantung, Japanese officials are again discussinf the advisability of asking President Harding to mediate."

"Between 1921 and 1922, the world's largest naval powers gathered in Washington for a conference to discuss naval disarmament and ways to relieve growing tensions in East Asia."