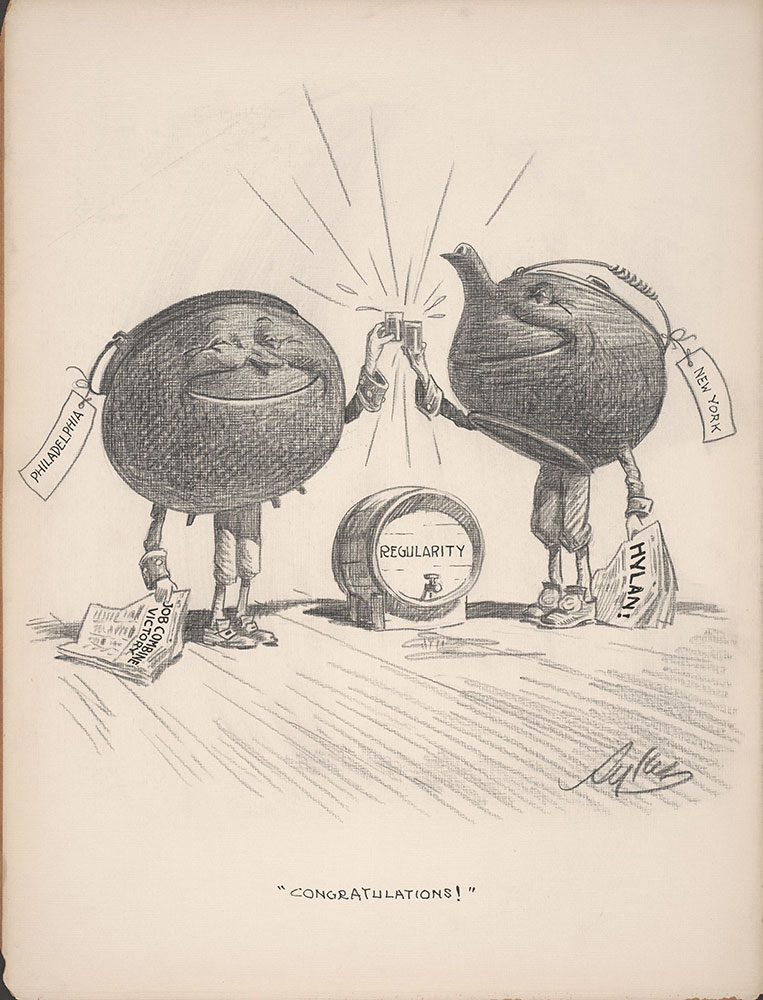 The pot (Philadelphia) and the kettle (New York) cheers over the success of regularity.

"The Job Combine nominated its ticket and elected it.  It made its deal with the Democrats for the elction of magistrates, permitting four Democrats to get 50,000 Combine votes each, or enough to elect them, as a reward for the complacent agreement of the Democratic leaders to make no real attempt to oppose the machine which calls itself Republican.

"The voters were not interested enough to go to the polls.... They will get the kind of government to which they have consented."

"John F. Hylan was re-elected Mayor of New York City yesterday....  The mayor got the largest vote ever received by a Democratic candidate here....  The Democratic sweep also carried Mayor Hylan's colleagues on the Democratic ticket with him to a much less impressive victory."