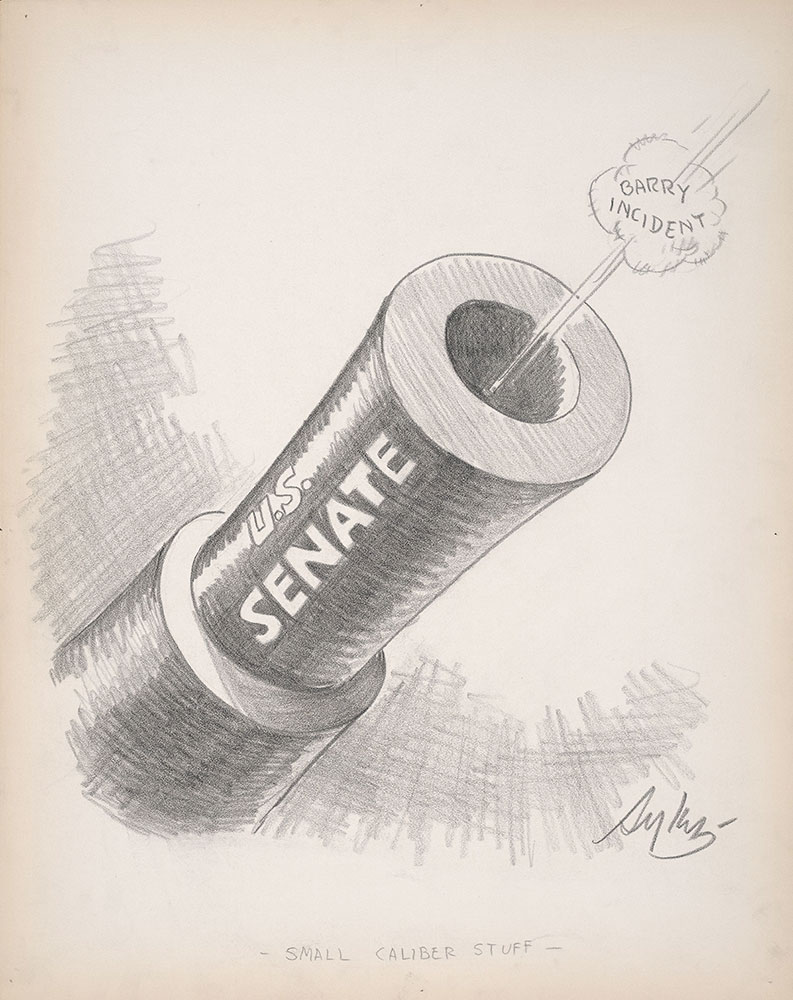 "Barry was appointed Sergeant at Arms to the United States Senate in 1919, and was dismissed in 1933 after accusations that an article that he wrote for the journal New Outlook libelled the Senate with claims that some members were well-known to sell their votes."