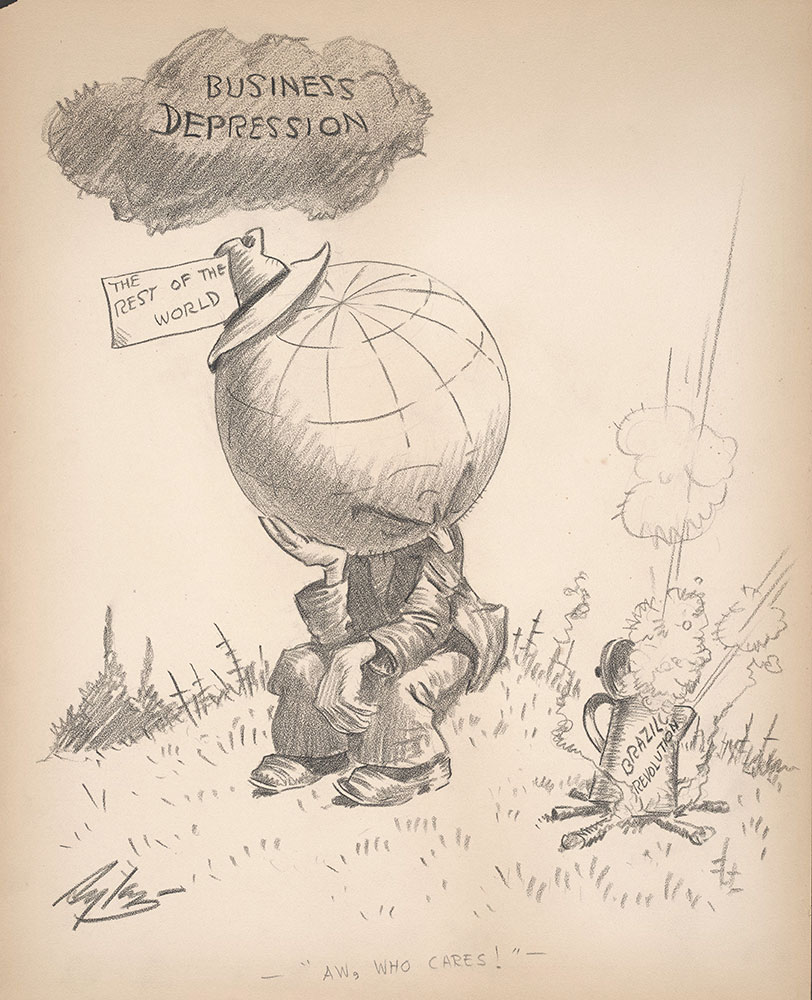 "The Great Depression possibly had a more dramatic effect on Brazil than on the United States. The collapse of Brazil's valorization (price support) program, a safety net in times of economic crisis, was strongly intertwined with the collapse of the central government, whose base of support resided in the landed oligarchy."

"The Revolution of 1930 (Portuguese: Revolução de 1930) was an armed movement led by the states of Minas Gerais, Paraíba and Rio Grande do Sul, culminating in a coup. Known as the Coup of 1930, the revolution ousted President Washington Luís on October 24, 1930, prevented the inauguration of President-elect Júlio Prestes, and ended the Old Republic."