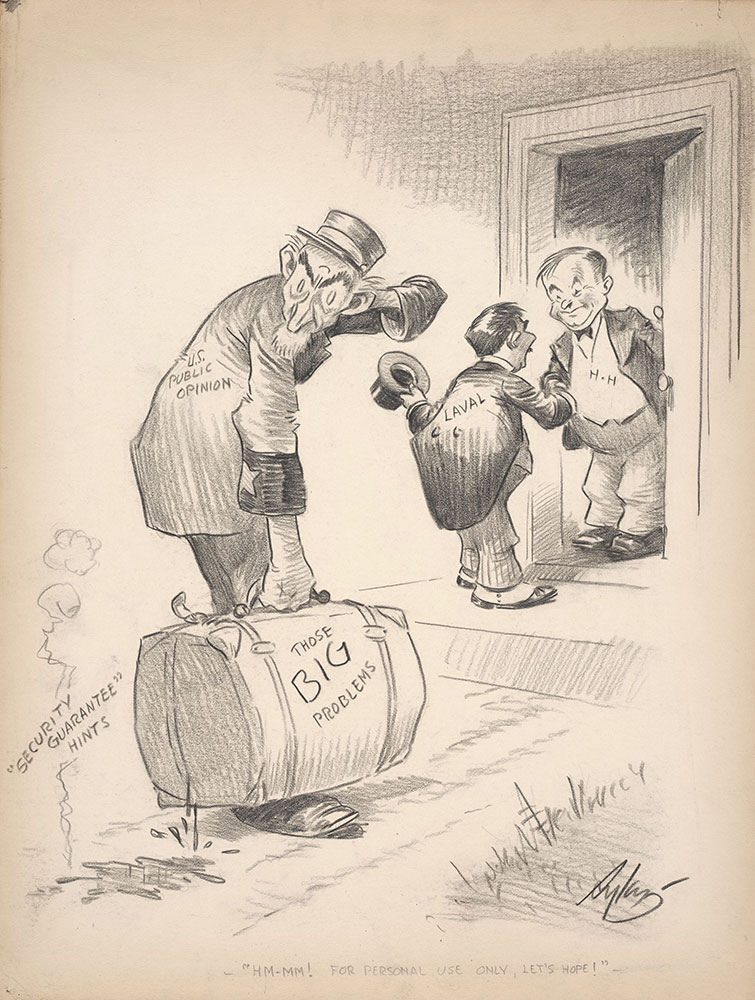 "In the United States the conference between Hoover and Laval was an exercise in mutual frustration. Hoover's plan for a reduced military had been rebuffed—albeit gently. A solution to the Danzig corridor had been retracted. The concept of introducing silver standard for the countries that went off the gold standard was disregarded as a frivolous proposal by Laval and Albert-Buisson. Hoover thought it might have helped 'Mexico, India, China and South America', but Laval dismissed the silver solution as an inflationary proposition, adding that 'it was cheaper to inflate paper.'

"Laval did not get a security pact, without which the French would never consider disarmament, nor did he obtain an endorsement for the political moratorium. The promise to match any reduction of German reparations with a decrease of the French debt was not put in the communiqué. The joint statement declared the attachment of France and the United States to the gold standard."