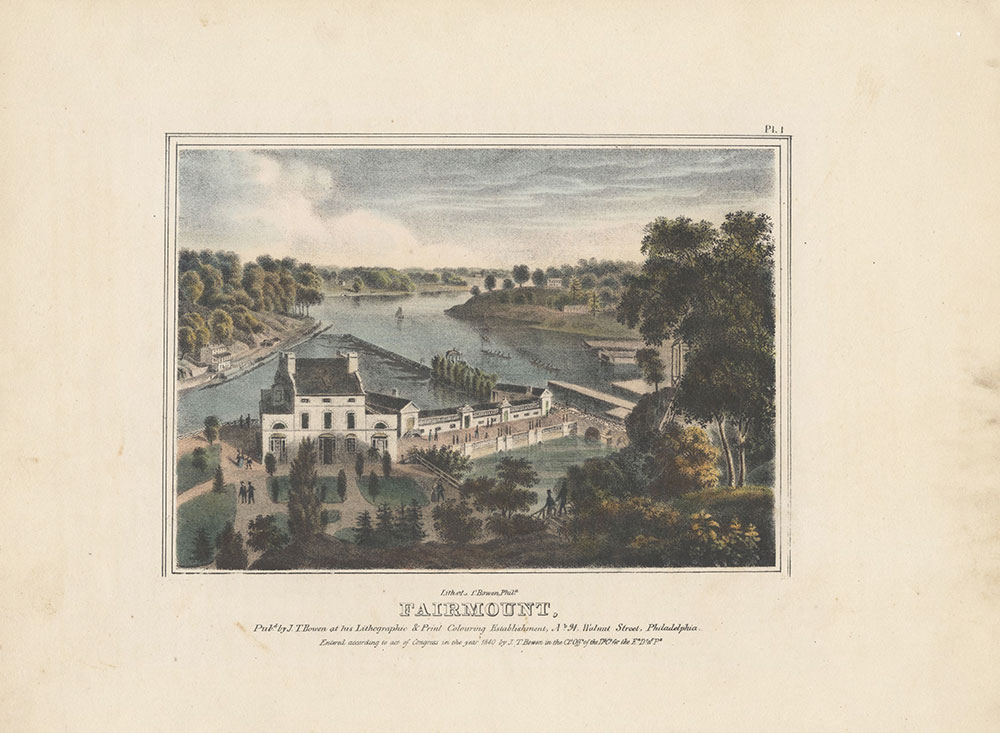 Almost every body, at home and abroad, has heard of the beautiful spot called "Fairmount:" at least every "travelled" person has.  It would be considered as teh absence of all taste, for a stranger to appear in Philadelphia, and not to devote an hour to visit "the Fairmount Water Works".
-Ezra Holden, Views of Philadelphia and Its Vicinity, 1838