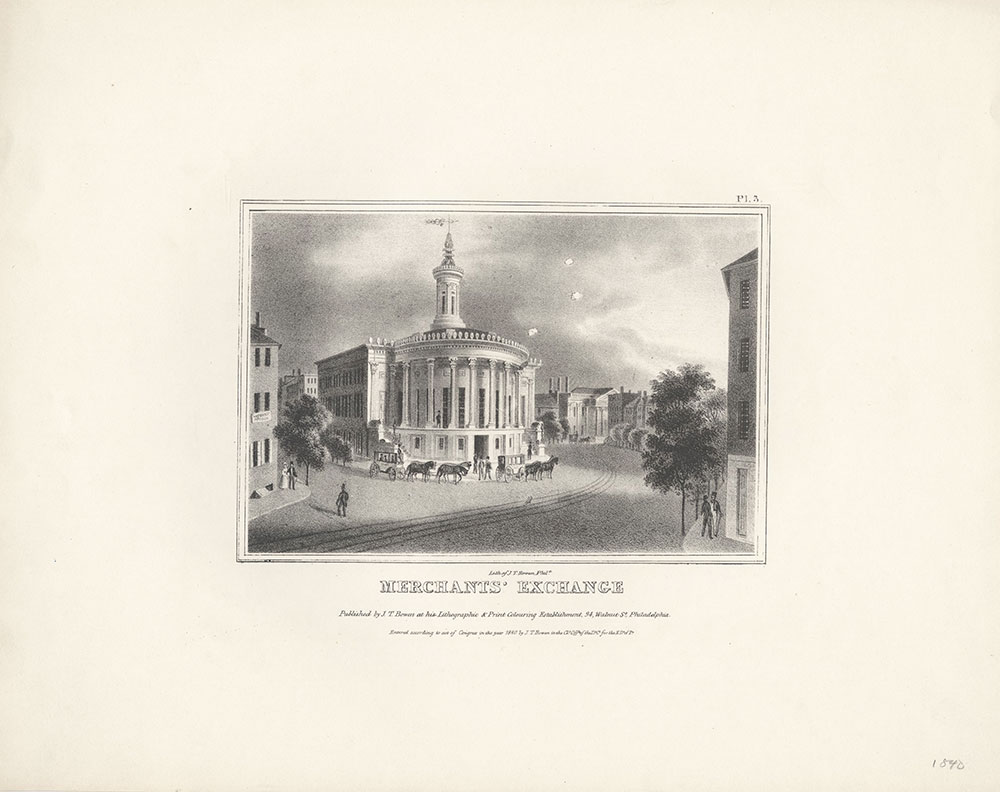 This magnificent building is situated on the corner of Walnut and Third Streets.  It is erected from the purest Pennsylvania marble, from a design, by Mr. Strickland, the well-known architect of the city.  The reader need not be told that "the Exchange" is the place where "merchants most do congregate".  Hence the apartments in this noble edifice are mostly occupied by appropriate establishments.  The Post Office is upon the first floor, occupying about two-fifths of the whole ground.  On the Walnut Street side there are many splendid offices for insurances and other purposes....
-Ezra Holden, Views of Philadelphia and Its Vicinity, 1838