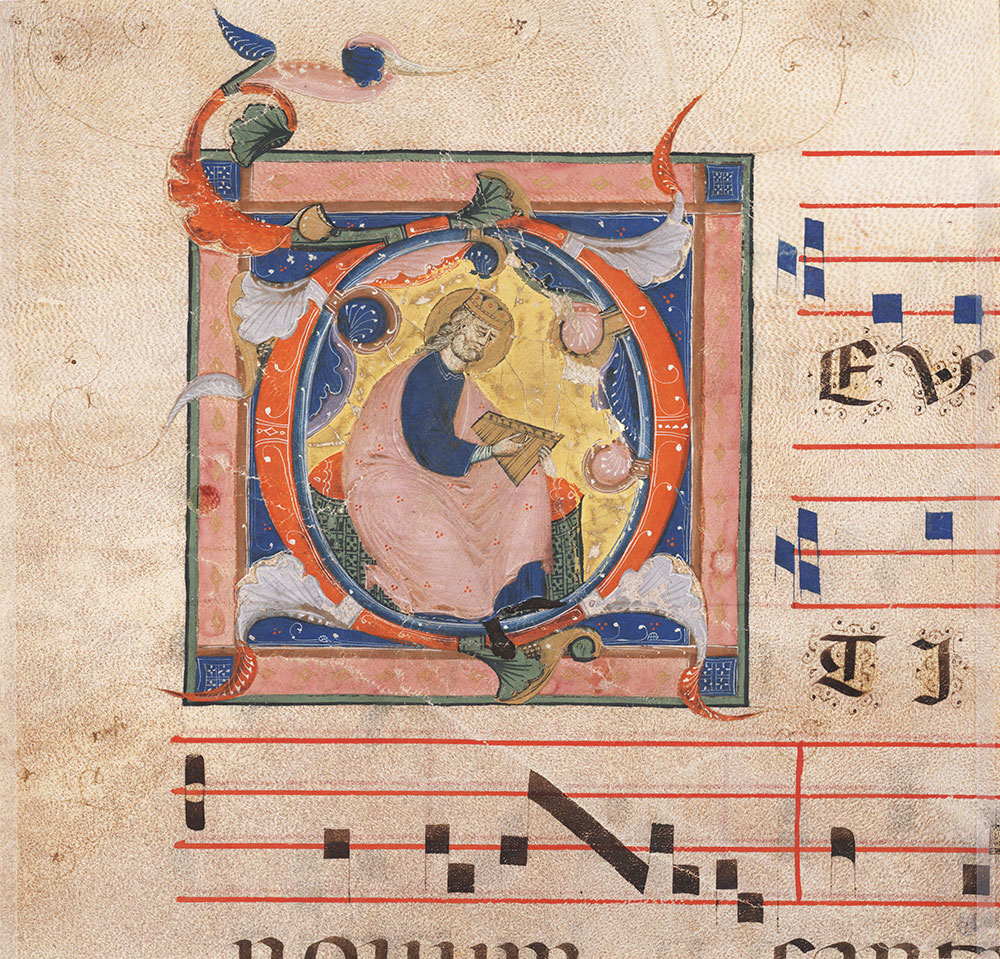 According to tradition, David, the biblical king of Israel, composed the psalms. Hence, David is often shown playing a harp or psaltery according to his role as the author of these sung prayers.

The initial was illuminated by the Italian painter Neri da Rimini, whom documents show to have been active in Rimini and Bologna in the early fourteenth century.
Sirsi Catalog Key: 1661856
Country: Country:Italy 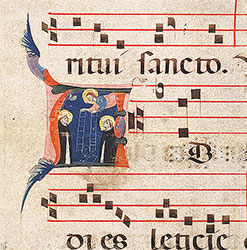 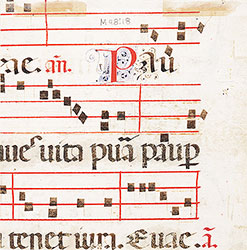 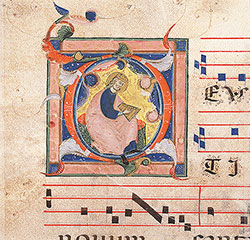 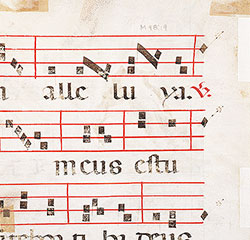 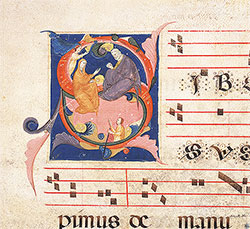 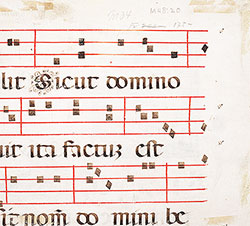