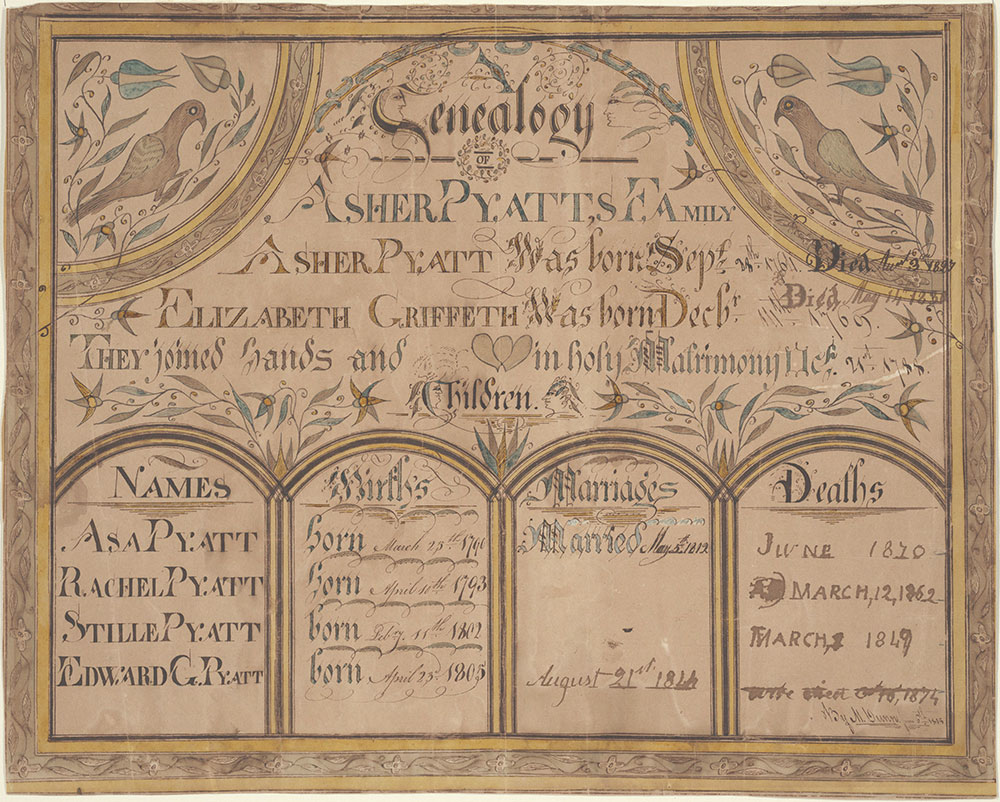 Hand-drawn; hand-colored; hand-lettered. The main text in Roman Print is in the upper center of the document. The children’s names and dates in columns are in four arched frames below it. In the upper corners are two birds perched on stemmed flowers. A variety of leafy flowers decorate the areas around the text. The entire document is framed by a decorative border. 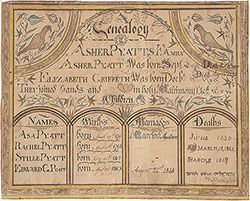