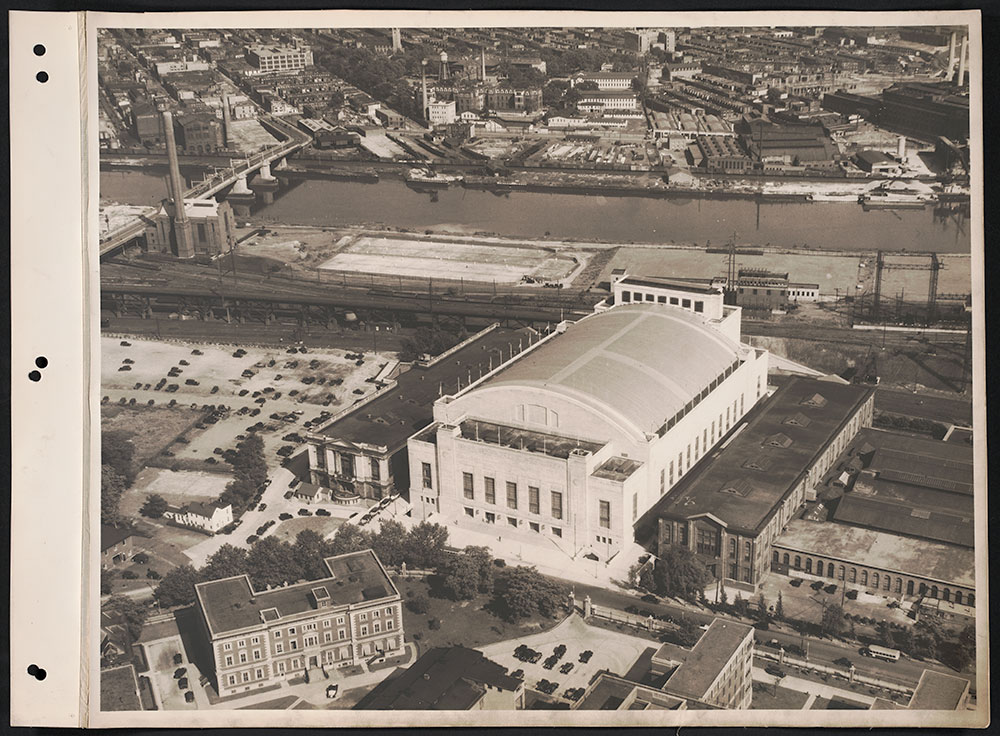 This aerial photograph was published by Aero Service Corporation, now known as Terra Flight Aerial Imaging, Inc.  It was taken when the Convention Hall was first opened, in 1931.  Its full title was Philadelphia Convention Hall and Civic Center, commonly shortened to Convention Hall, Civic Center, or Convention Center.  It was a 12,000 seat capacity arena, used for concerts, sports, conventions, and special events, including the Beatles in 1964, Democratic (1936 and 1948) and Republican (1940 and 1948) National Conventions, and speeches by Pope John Paul II, Martin Luther King, Jr., and Nelson Mandela.

After the Spectrum stadium opened in 1967, Convention Hall hosted lesser events, until it was finally torn down in 2005.