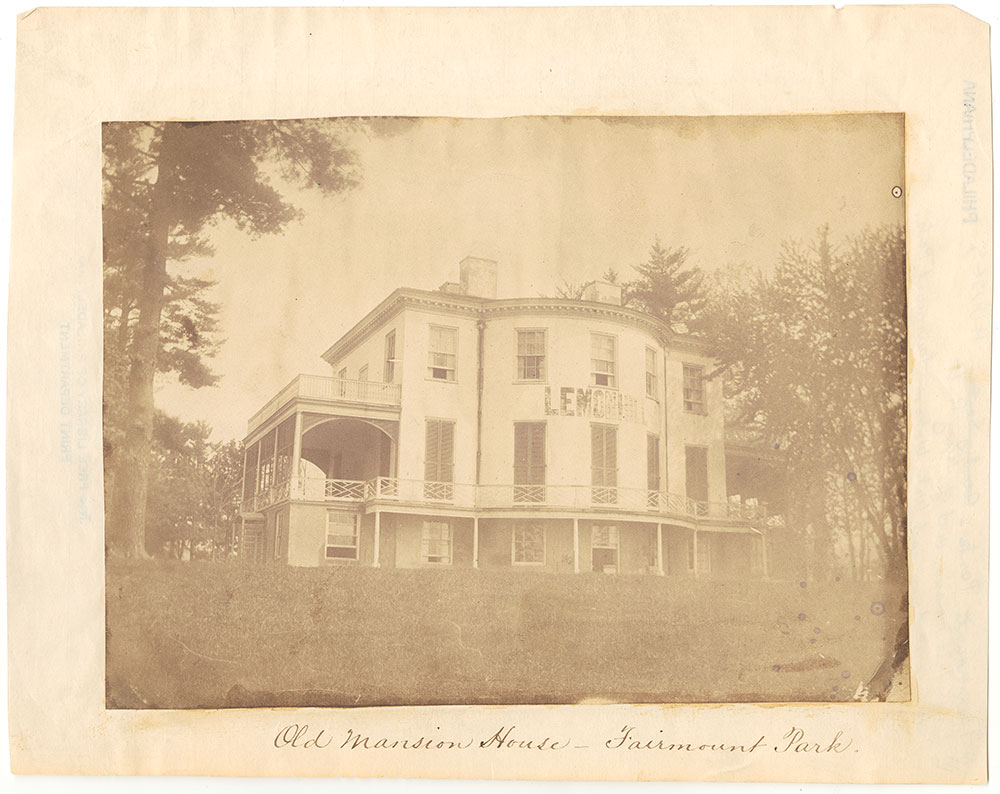 Lemon Hill was built in 1800 by Henry Pratt, a wealthy Philadelphia merchant.  A fine example of Federal-style architecture, this stately mansion was eventually acquired by the City of Philadelphia in 1844.  When Fairmount Park was established in 1855, the mansion and grounds were used variously, over the next several decades, for the public's enjoyment--as a German beer hall, a concert venue for orchestras and bands, a site for festivals, and an observatory, to name a few.  This photograph was probably taken during that period, as the lettering on the facade of the building suggests a public building, rather than a private home.

In 1925, Lemon Hill became a residence once again, restored to its original appearance by its new owner, Fiske Kimball.  Upon his death in 1955, Chapter II of the Colonial Dames of America took over stewardship of the mansion, caring for it and operating public tours of this historic house.