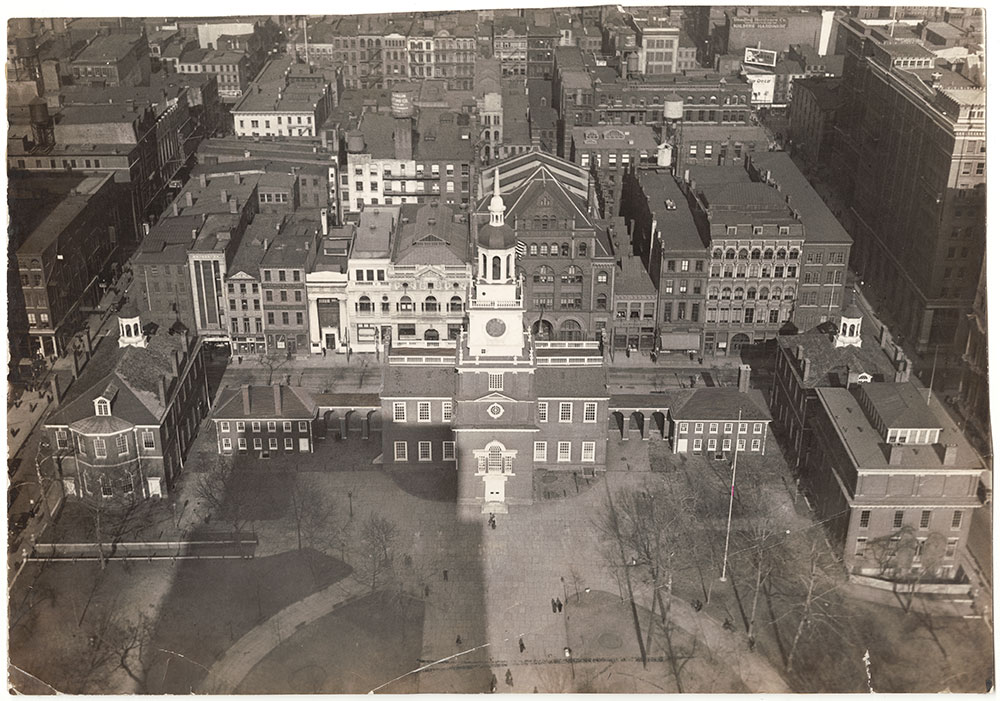 Photo used in Public Ledger, stamped January 11,1933 with a caption on back: Independence Hall from New Angle. The first published photograph of the historic buildings in Independence Square as they appear from the roof of the new Penn Mutual Building, at 6th and Walnut streets, dwarfed by the buildings opposite on Chestnut Street.

Note:  The buildings on the densely-built three blocks to the north of Independence Hall were eventually demolished between the 1940s and 1960s, creating Independence Mall, thus giving due appreciation for the importance for the historic landmark building.