Residence of Mrs. Rush, at Philadelphia 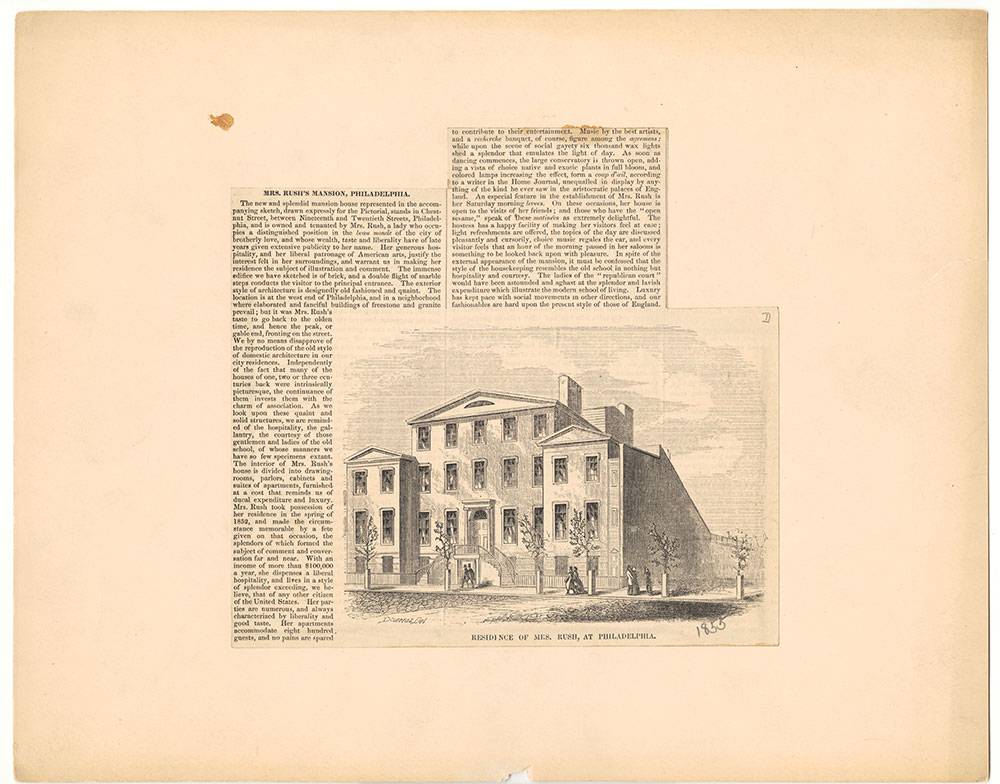 This 1855 clipping refers to "The Pictorial," which seems to be the Lady’s Newspaper and Pictorial Times, a nineteenth-century British publication; the sketch is by an artist named Devereux (no first name known). The article describes Mrs. Rush's Mansion--built for Phoebe and Dr. James Rush, in 1851--and located at 1910-1914 Chestnut Street.  The mansion was later renovated and extended, becoming the Aldine Hotel, in 1877.  The large extension still remains, but the part of the hotel that was originally the mansion was torn down ca. 1925, in order to build the Boyd Theatre.