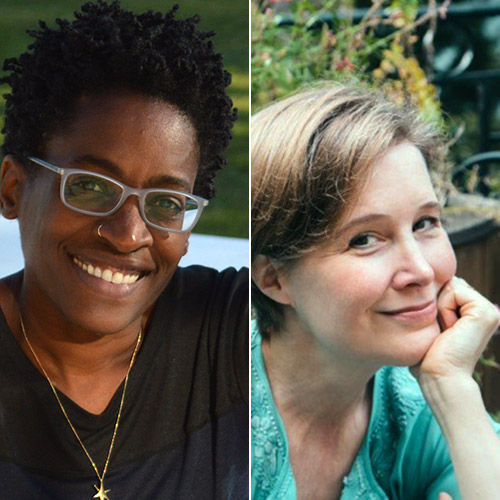 Ann Patchett’s many novels and nonfiction works have won some of writing’s highest awards, including the PEN/Faulkner Award and the Orange Prize for Bel Canto, the Janet Heidinger Kafka Prize for Taft, and the New York Times Notable Book of the Year for The Patron Saint of Liars. Her nonfiction works include the bestselling Truth & Beauty and This Is the Story of a Happy Marriage. One of Time magazine’s Most Influential People in 2012, Patchett opened Parnassus Books when her hometown of Nashville was left without a bookstore. Commonwealth tells the story of a chance romantic encounter that reverberates over five decades.

The author of more than two dozen books for young adults, Jacqueline Woodson has won three Newbery Honors, a Coretta Scott King Award and three Coretta Scott King Honors, and the 2014 National Book Award for Brown Girl Dreaming. Using a gentle hand and lyrical prose to tackle difficult subjects such as teen pregnancy, drug addiction, gender identity, and juvenile crime, she has penned After Tupac and D Foster, Feathers, and Show Way. Woodson’s new adult novel—her first in 20 years—is a tale of the promise and peril of adulthood set on the mean streets of 1970s Brooklyn.