by Marcela F. and Hua C.

The meeting room at the Lawncrest Library was a hub of STEM activities in July and early August. Hua, our Summer Learning Program Specialist, along with Teen Literacy Coaches Alex and Zoma, presented a smorgasbord of fun and engaging robots, gadgets, and games to neighborhood youth. The main attractions were the Sphero SPRK+ robots and accompanying iPad, which were provided by the Parkway Central Library. Participants were able to move, program, and play with the robots using the Sphero Play and Sphero Edu apps. Challenges included navigating mazes made of blocks and planks, launching the Sphero off a ramp over obstacles, and even coating the Sphero in paint to create artwork. Though playing with the Sphero SPRK+ robot was easy and fun using the simple drawing mode, the Sphero also afforded the opportunity for older children and teens to learn block coding and even the JavaScript programming language!

In addition to the Sphero SPRK+, Hua, Zoma and Alex set up other activities, including the Dot and Dash robots with both a xylophone and catapult attachment, as well as Wii and PlayStation 2 consoles with games such as Dance Dance Revolution, Guitar Hero, Super Mario Brothers, and Wii Sports. They also provided a laptop to practice programming or programming games on the Scratch MIT, Codecademy, and Hour of Code websites. Additionally, teens immersed themselves in virtual reality games using the ever-popular Oculus Rift system, playing favorites such as Superhot VR. For any participants who wanted a break from the tech focus, there were also strategy board games available (including Blokus and Codenames), as well as good old LEGOs and wooden blocks.

On the last day of the summer tech extravaganza, participants were wondering if we would be offering the same program next year. The staff at the Lawncrest Library look forward to offering more exciting tech activities for youth next summer! 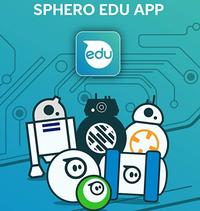 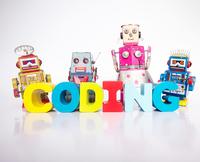