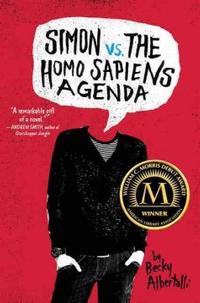 Simon vs. The Homo Sapiens Agenda by Becky Albertalli 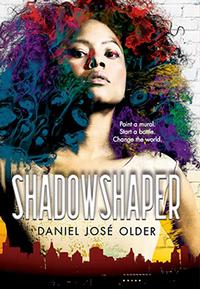 The Field Family Teen Author Series and the Free Library of Philadelphia connects students, teachers, libraries, and authors through a successful series of author visits with teens throughout the city of Philadelphia. Free Library staff choose a variety of books, authors, and formats that will resonate with the teens from the many different backgrounds that make up our city. Each book and event is an opportunity for teens to explore worlds, people, and subjects that can help them grow and learn. This creates a dialogue between teens and authors, and empowers them to find and use their creative voice. The Teen Author Series operates in partnership with Philadelphia high schools and middle schools—public, charter, magnet, and diocesan—and is open to grades 7–12. Participation is by invitation only.

Here are some highlights from recent Teen Author Series events, as well as reviews by teens who particpated. These recommendations would also make great gift ideas for the teens in your life this holiday season!

This Side of Home by Renée Watson
Renée Watson is the acclaimed author of picture books Harlem's Little Blackbird (2012), A Place Where Hurricanes Happen (2010), and the middle grade novel, What Momma Left Me (2010). Her teen debut, This Side of Home, offers "an intriguing look at how families and young people cope with community and personal change" (Kirkus) when identical twins Maya and Nikki find themselves at odds with each other as their neighborhood rapidly gentrifies. Watson is a team member of We Need Diverse Books and on the Council of Writers for the National Writing Project.

I like how relatable the characters were.  All the people in the book remind me of someone I know in real life. ~ 10th grader

Dime by E.R. Frank
All 14-year-old Dime wants is someone to love her, and when an older girl introduces her to a mysterious man called "Daddy," she thinks she’s finally found her family... but it comes at a price she never imagined she’d be willing to pay. In Dime, clinical social worker, psychotherapist, and acclaimed author E.R. Frank explores the devastating reality of teenage prostitution and human trafficking. Frank’s other books include Wrecked (2007), Friction (2003), America (2002), and Life is Funny (2000).

I liked that this book portrayed the saying, "There’s beauty in the struggle" very well. ~ 9th Grader

The Red Pencil by Andrea Davis Pinkney
Andrea Davis Pinkney is the New York Times bestselling and award-winning author of more than 20 books for children, including Bird in a Box (2011) and Martin & Mahalia (2013). Her novel The Red Pencil is a Junior Library Guild Selection, a School Library Journal Best Book, and an NAACP Image Award Nominee. In this "soulful story that captures the magic of possibility, even in difficult times" (Kirkus), Pinkney shares the struggles of a 12-year-old Sudanese girl who wants nothing more than to go to school, until a militia attack on her town forces her family to flee.

I liked the fact that we were able to learn about Amira’s life and all of her happy memories. ~ 7th grader

March: Book One by John Lewis
Congressman, Presidential Medal of Freedom Recipient, and Civil Rights icon John Lewis began his graphic novel memoir with the bestselling and award-winning March: Book 1 (2013). The second installment, March: Book 2, follows Lewis and his fellow Freedom Riders across the South during their fight for equality, and serves as a "must-read monument... As Rep. Lewis continues to carry the civil-rights flame, this graphic achievement is a firsthand beacon that burns ever relevant today" (Washington Post).

The inspiration it stirred in me. I know that it is okay to stand up for what is right-peacefully. And I will continue to do so for the rest of my life. ~ 12th grader

None of the Above by I.W. Gregorio
I.W. Grigorio is a practicing surgeon by day and a self-proclaimed "masked avenging YA writer by night." Her debut novel, None of the Above, tells the groundbreaking story of a teenage girl whose seemingly ideal life is changed in an instant with the revelation that she's intersex, and follows her subsequent public outing and struggle to come to terms with her new self. Grigorio is a founding member of We Need Diverse Books, a grassroots group devoted to promoting literature that reflects the diverse lives of all young people.

I liked that the book taught me what society is afraid to teach me. ~ 11th grader

Simon vs. The Homo Sapiens Agenda by Becky Albertalli
A clinical psychologist who claimed the privilege of conducting therapy with scores of amazing, smart, weird, and irresistible teenagers and adults, Becky Albertalli also led a support group for gender nonconforming children for many years. Her debut novel Simon vs. the Homo Sapiens Agenda presents a "stunningly three-dimensional, cliché-free world... that bursts with unforgettable characters" (Entertainment Weekly). In this National Book Award Longlist Title, Albertalli tells a uniquely contemporary coming-of-age and coming-out story in which a spotlight-averse gay high school student faces the pressures of being outed amidst the challenges of dating that all adolescents know.

I just love how clever Becky was on who Simon was talking to throughout his emails.  Every clue about who the secret admirer was not only shocking, but completely brilliant!  ~ 12th Grader

The Skin I’m In by Sharon Flake
Sharon Flake's debut novel, The Skin I'm In, follows an African American girl's struggles with people who tease her about the color of her skin and her desire to fit in. Two-time Coretta Scott King Award-winner and Philadelphia native Sharon Flake has written the story collections Who Am I Without Him? and You Don't Even Know Me, as well as a half dozen other bestselling young adult novels, including Money Hungry, Bang!, and The Broken Bike Boy and the Queen of 33rd Street.

I can relate so much to Maleeka, and I can connect to her. I just felt really bad that Maleeka was treated this way for something she can’t control (skin). You inspired me to finish my writing.  ~ 8th grader

The Port Chicago 50 by Steve Sheinkin
Praised for his engaging, cinematic takes on history for young readers, Steve Sheinkin is a Newbery Award winner and a two-time National Book Award finalist.  In The Port Chicago 50, Sheinkin reveals the story of the WWII-era segregated California naval base explosion that killed 300 sailors and led to a strike for better work conditions.

I like it because this is a true event and how it wasn’t like a textbook. It was extremely interesting. ~ 8th grader

I liked that the book was diverse and that it was sci-fi and fantasy. Can’t wait for the sequel. ~ 8th grader

Check out more books and events for teens on our website!