Women's History Month is in full swing, and in addition to a full slate of events across all our neighborhood libraries, the Free Library is no stranger to celebrating, showcasing, and empowering women on our blog. The following are excerpts from 10 past posts: 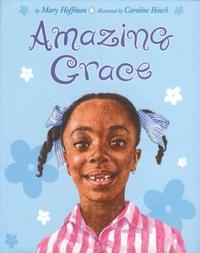 The Free Library celebrates and seeks to empower women all year round, and one of our favorite things to do is to recommend books for strong girls, like this one! 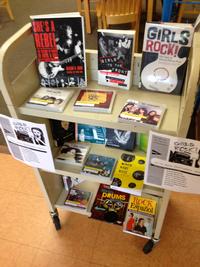 Some of the Free Library's collection highlighting women in music.
1 Comment | Add a Comment
I believe to become a Great Women, of History you must possess the following qualities: 1)Courage, 2)Faith in the Cause or Field of Study you have chosen,3)The innate ability to know the difference between right and wrong (discrimination is WRONG). As I was looking, at the News of the destruction of a resting place for the dead. My mouth dropped open and my spirit began to feel outrage, disgust and Shame. No this is not a confession of a demented soul, who needs to vent:but, I am a person who prays everyday that the old and the young people of America, who feel the need to attack and destroy find other ways to vent their ANGER and FRUSTRATION. I would suggest reading about great Women of History who helped to make America Great! In the early 1900's, a Woman was considered a SECOND CLASS Citizen. As a Second Class citizen, her only option to obtain GREATESTNESS was to make a "good marriage". The members of the Suffragettes were women of courage,faith and a strong belief that they were entitled to equal rights as citizens of England, France and the United States. It is my strong belief that History has been made by women of courage and knowledge. No matter the color of their skin, nor their religion or the section of the city (in any country) they may live in. I plead with my fellow citizens of America to be more tolerant, more respectful of individual difference and beliefs. Please stop destroying graveyards; writing on walls and bridges, houses and billboards and lets get back to work building a stronger America.
Erma E. Ali - Philadelphia, East Oaklane