Celebrate Read A New Book Month with The Free Library!

Did you know that December is Read A New Book Month? It’s perfect timing, really, as the temperature drops and we reaaaaaaaaally don’t want to think about leaving the couch if we don’t have to.

This month, find something that’s new (or new to you!) with the help of trusty Free Library staff recommendations below! Got a new read we should check out? Let us know in the comments! 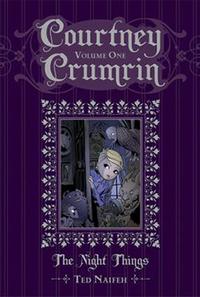 Courtney Crumrin: The Night Things by Ted Naifeh
"This teen graphic novel series, which follows Courtney and her great uncle Aloysius through seven volumes, finds a young teen just discovering her magical powers. With a new place, new school, no friends, and inattentive parents, Courtney finds a sometimes-ally in Aloysius. In this magical and dark series, we see mistakes made and righted, friends gained and lost, and wrongs made right. Give this to the 12+ child in your life who’s looking for magic, mystery, and monsters!"
– Mary, Parkway Central Library Children’s Department 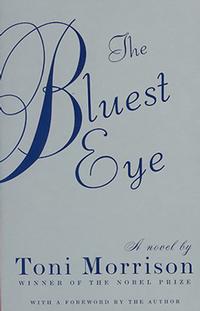 The Bluest Eye by Toni Morrison
"The Bluest Eye, through its rich and beautiful language, depicts the traumatic consequences of the ‘white’ beauty standard on girls of color. Pecola desperately wishes for blue eyes because she believes they will make her beautiful and deserving of love. Morrison’s powerful message, characters, and masterful way with words will remain with you long after you finish the novel."
– Lo, External Affairs 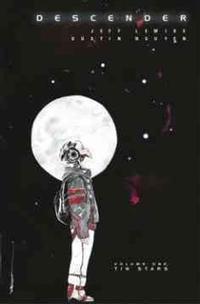 Descender: Tin Stars by Jeff Lemire
"I don’t read many graphic novels, but this was recommended to me and I’m glad I picked it up. After a mysterious robot-led massive attack across the galaxy, a young robot called Tim-21 wakes up to realize that he is now being hunted by many different factions. The art is really good and the story is compelling. I’m now reading through the rest of the series."
– Dena, Parkway Central Library's Philbrick Hall 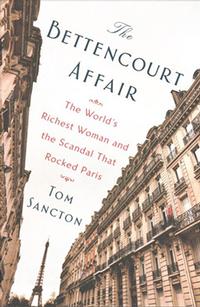 The Bettencourt Affair: The World’s Richest Woman and the Scandal that Rocked Paris by Thomas Sancton
"I’m currently reading this and it’s so fascinating. The story of Liliane Bettencourt, heir of the L’Oréal fortune, and whether or not she was scammed out of obscene amounts of money by numerous different people. I’m almost done with the book and I can’t decide if any of the players have good motivates or if they’re just all out for the money."
– Alicia, The Rosenbach 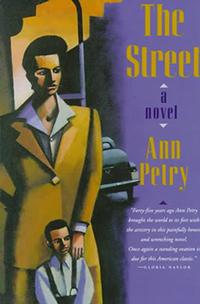 The Street by Anne Petry
"This book is a classic of working class literature. And even though it was published in 1946, I found it modernly violent, heartbreaking, and cathartic. There’s a hidden backbone undergirding it all, and that’s the purposeful creation of squalid and underserved communities for black folks via white folks’ discriminatory housing practices and redlining; the book’s a very upfront barometer of oppression for the state of the single, black working mother. In terms of narrative craft, Petry fluctuates point-of-view between multiple characters, sometimes on the same page, and it works because she’s a master of seeing the world from other points of view—children and adults, too—and getting you to take the time to understand them, even for characters you don’t like. I listened to the audiobook via Hoopla, but the Free Library also boasts print and ebook copies!"
– Perry, Parkway Central Library Music Department 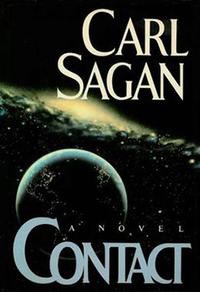 Contact by Carl Sagan
"This is my favorite science fiction novel because it epitomizes all that is science fiction: the theory and imagination of what science can do, the discovery of intelligent alien life forms (everyone loves a good 'first contact' story), the moral and religious debate which naturally arise in science, and after reading it you are left to make your own decision about what you believe is right or even possible."
– Camille, IT 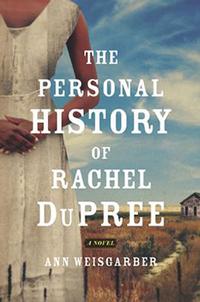 The Personal History of Rachel Dupree by Ann Weisgarber
"This novel tells the little-known story of African American homesteaders during the early 20th century, through the compelling voice of Rachel Dupree, a wife and mother. Beautiful in its simplicity, Rachel’s narrative captures the dust, grit, and terrible gorgeousness of the Badlands. While grappling with discrimination and racism, Rachel is forced to confront her own bigotry against others, and even question her relationship with her husband. Weisgarber bucks the stereotype of the impossibly strong, impenetrable black woman to present someone who is at times fragile and too forgiving; someone with very real insecurities that she learns to overcome. This book really spoke to me. I didn't want it to end."
– Kalela, Center for Public Life 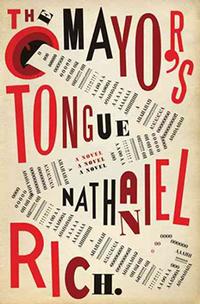 The Mayor’s Tongue by Nathaniel Rich
"A brilliant first novel that charms with wit, sparkles with creativity, and interrogates language. Also, adventurous travel to Italy, notes from NYC, dialects from the Dominican Republic, literary longings, long friendships, and young lust—or is it love?!"
– Jenn, Neighborhood Libraries 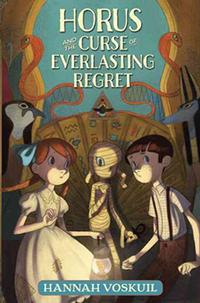 Horus and the Curse of Everlasting Regret by Hannah Voskuil
"Do you like capers with smart-as-whips kids and mummies and spooky kidnappings? Try this fab YA story by first-time novelist Hannah Voskuil."
– Autumn, Strategic Initiatives 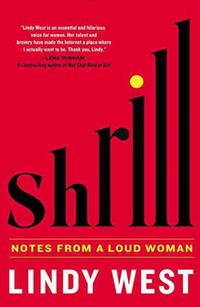 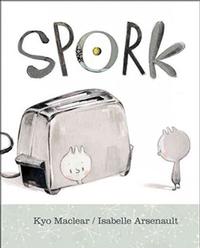 Spork by Kyo Maclear
"One of Spork’s parents is a fork and a the other is a spoon; Spork is not entirely one or the other so he struggles to find where he belongs. Unlike other children’s stories about identity and acceptance, this one doesn’t beat you over the head with a lesson, but instead handles the topics with humor and beautiful illustrations. The story is heartwarming for children and adults alike who have struggled with identity and belonging."
– Link, South Philadelphia Library 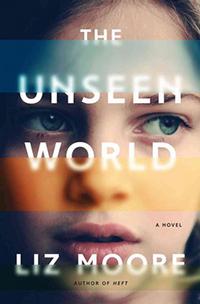 The Unseen World by Liz Moore
"This is in my top-five favorite books. Moore created a main character that seems completely real and likeable. The story takes many twists and turns and covers the past, present, and future. From the struggles of being a teenager that doesn’t fit in, to dealing with aging parents, the book covers a lot of ground. I read it over a year ago and I still find myself thinking about it on a regular basis, and I plan to re-read it over the Christmas holiday."
– Alicia, The Rosenbach 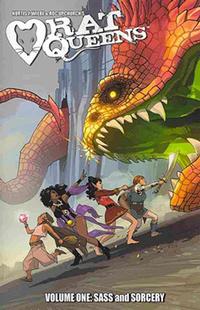 Rat Queens by Kurtis Wiebe
"I love this comic series because it feels like what would happen if Dungeons and Dragons met Pulp Fiction—just four ladies from different backgrounds who rampage hard and party hard. If this book was a movie it would be rated NC-17: definitely for adults who like their hilarious epic comic stories with violence, drinking, and a side of troll murder."
– Rachel, Materials Management 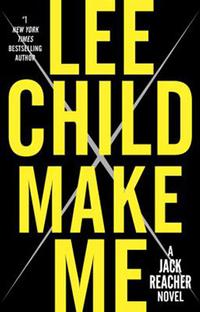 Make Me: A Jack Reacher Novel by Lee Child
"The former Army MP travels the country with just a toothbrush and gets caught up in fights, intrigue and mysteries. He's my hero!"
– Sandy, External Affairs 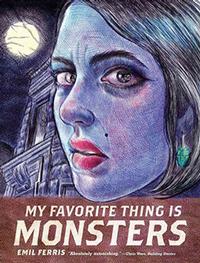 My Favorite Thing Is Monsters by Emil Farris
"This coming-of-age notebook confessional, set amongst the backdrop of the turbulent late-1960s and illustrated with horror comic allusions, was easily the best graphic novel I discovered this year. Not only is it an actual work of art (the pen and ink line drawings and hatching waver between diary doodles and finely painted brush strokes) but also a profound work of personal and historical literature dealing with sexuality, race, poverty, violence, and the politics of the times. Engaging and engrossing, I literally can't wait for volume 2 to be published in 2018!"
– Peter, Web Editor 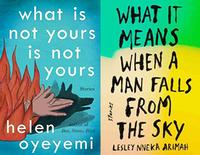 Pick a recommendation from above or browse our catalog for a new-to-you title to read today!

This month, find something that’s new (or new to you!) with the help of trusty Free Library staff recommendations!
Add a Comment