Our favorite founding father actually had two birthdays: he was born in Boston on January 6, 1706, and then his birthday jumped to January 16, in 1752, when Great Britain switched from the Julian to the Gregorian calendar. After he died in 1790, he was buried in the cemetery of Christ Church in Philadelphia, next to his wife, Deborah.

To celebrate, here are five fun facts about this founding father and ways he might enjoy today's 21st century library:

Benjamin Frankin was an author and librarian

Throughout his life, Benjamin Franklin authored essays, articles, and books, including a yearly publication called Poor Richard's Almanack and a posthumously published autobiography. You can find these volumes in our catalog, and at The Library Company of Philadelphia. Benjamin Franklin actually founded the Library Company--America's first lending library--in 1731 in Philadelphia. Today, you can visit it at 13th and Locust Streets.

When Benjamin Franklin was a teenager, he stopped eating meat

This experiment with vegetarianism ended when he started eating fish again, but he wrote about the benefits of a vegetable-heavy diet. To learn more about experimenting with your diet, check out classes at the Culinary Literacy Center.

Benjamin Franklin was a musician 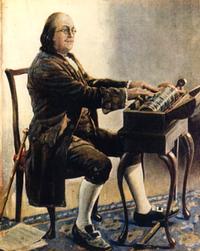 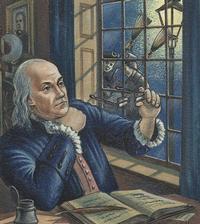 He explained they were gifts to the public. Maybe he would have changed his mind if he had easy access to a patent librarian in our Business Resource and Innovation Center!

Surprisingly, Benjamin Franklin did not support the turkey as the National Bird of the United States of America 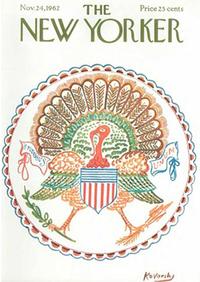 Common myths say that when Franklin worked with John Adams and Thomas Jefferson to create a seal for the United States of America, he advocated to include a turkey instead of an eagle. Instead, Franklin really commented on the design of the included eagle. He did not exhibit a strong preference for a turkey. Today, both wild turkeys and eagles live in Philadelphia—check them out with help from a birding backpack, available at at three neighborhood libraries: Andorra, Cecil B. Moore, and Widener! 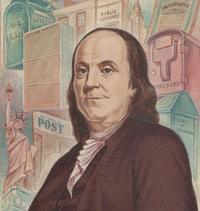 "Ben Franklin PROPHET" by Bernard Hoffman, from our Print and Picture Collection.
Add a Comment