March 20 is the Great American Meatout – an annual challenge to pass up meat for just one day and give the vegetarian (or vegan) life a try. What you choose to eat is a very personal choice, but if you’ve been contemplating making the switch to a plant-based diet and all its benefits, know that you’ll be in very good company! Here’s a whole shopping cart full of vegetarians and vegans – we’ll just collectively call them "Veggies" here – whose work you can explore at the Free Library while you’re chomping down that veggie burger and coconut milkshake. 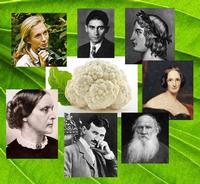 First we’ve got that most brain-shaped vegetable Cauliflower to represent the Brainy Veggies: primate researcher Jane Goodall, visionary inventor Nikola Tesla, novelist Franz Kafka (who loved animals so much he could imagine life as a giant cockroach, and who once told a fish in an aquarium "Now I can look at you in peace; I don`t eat you any more"), neuroscientist philosopher Douglas Hofstadter, novelist Leo Tolstoy, women's rights activist Susan B. Anthony (the first vegetarian on U.S. currency), playwright George Bernard Shaw (who said "Animals are my friends... and I don't eat my friends"), Frankenstein author Mary Shelley, writer and philospher Voltaire, and a whole slew of ancient thinkers including Pythagoras, Plato, Porphyry, Epicurus, and Virgil. Pythagoras was also famous for telling his followers to abstain from eating beans, since he was convinced that beans sucked the souls of dead people out of the ground with their hollow stems. Thankfully, we now know that’s not the case, so enjoy that hummus!

There are many Musical Veggies out there, but what's especially striking is how many Veggies there are in the hip-hop community. I guess Wu-Tang Clan members RZA, GZA and Method Man, Redman, Murs, KRS-One, M-1 of Dead Prez, Yolandi Visser of Die Antwoord, Russell Simmons, André 3000, and Philly's own Questlove really know their Beets! 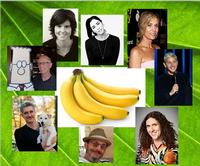 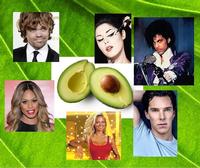 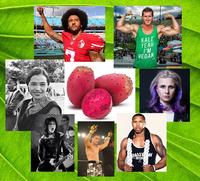 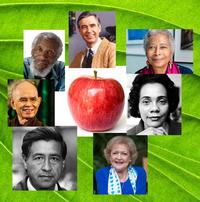 Of course every family tree has some bad apples and it's unfortunate that Adolf Hitler, Adam Lanza, John Allen Muhammad, and Charles Manson (if anything he said can be believed) were rotten veggies, but there are so many more Good Apple Virtuous Veggies like Cesar Chavez, Fred Rogers, Coretta Scott King, Alice Walker, Dick Gregory, Al Gore, Gandhi, Thich Nhat Hanh, and everybody's favorite person Betty White. It's unclear whether actor and activist Martin Sheen is a Veggie, but we’ll leave it up to you to decide which group his vegan son Charlie Sheen belongs in.

So are you in for the MeatOut? The Free Library's got lots of vegan and vegetarian recipe books to get you started (even some for kids), and if you're interested in more reading, check out Jonathan Safran Foer's Eating Animals, Melanie Joy's Why We Love Dogs, Eat Pigs, and Wear Cows, and Eric Lindstrom's The Skeptical Vegan. So what are you waiting for? Get those vegan tacos cranking and let us know how your MeatOut went in the comments below! 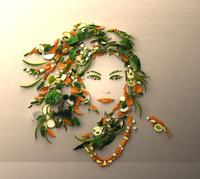 Here’s a whole shopping cart full of vegetarians and vegans – we’ll just collectively call them "Veggies" here – whose work you can explore at the Free Library! 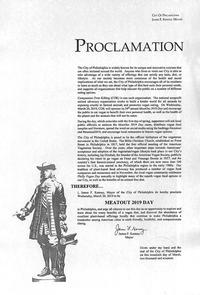 City of Philadelphia Proclaims March 20, 2019 "MeatOut Day"
1 Comment | Add a Comment
Great post!. One of my favorite cookbooks from the library is the Thug Kitchen Eat like you give a F*ck. They make eating vegan/vegetarian fun! If they are checked out- you can place a hold on it and head on over to their website to tide you over while you wait for the book.
Juanita Vega DeJoseph - 1901 Vine Street