Happy Birthday to You, Charles Dickens!

Happy Birthday, Charles Dickens! The celebrated author was born February 7, 1812 in Landport near the city of Portsmouth, England. Dickens professional writing career began in the early 1830s and continued for nearly four decades until his death in 1870. He was internationally successful, and twice visited the United States on reading tours.He found himself in Hartford, CT on his 30th birthday in 1842 and in Washington, DC on his 56th birthday in 1868. Dickens gave six performances at the Philadelphia Concert Hall in January 1868 during his second American tour. People lined up overnight to purchase tickets for his performances at the 1217-1221 Chestnut Street location. Coincidentally, the building became the home of the Free Library of Philadelphia when it moved from its original location in City Hall.

Charles Dickens died in June of 1870 with his final story, "The Mystery of Edwin Drood", unfinished, and many writers have offered solutions to the incomplete mystery in the years since. Despite the fact that Dickens stated in his will that he did not want to be memorialized by a monument, a statue stands in his honor at Clark Park in Philadelphia

The Rare Book Department is home to one of the finest Charles Dickens collections in the world containing manuscripts, original illustrations, autograph letters, and other objects. You can also see Dickens' very own desk with his initials "C.D." which he carved on the surface. The desk can be only be seen during the 11:00 a.m. tour.

The Rare Book Department is located on the third floor of Parkway Central Library, open 9:00 a.m. to 5:00 p.m. Monday through Saturday, with tours of the General Collections beginning daily at 11:00 a.m. 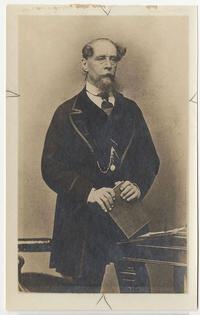 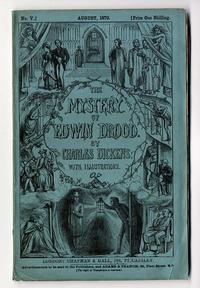