As another year draws to a close, another frenzied holiday season arrives—and what better way to say no to the madness than by saying yes to a compelling book? December is not just the month of Giving Tuesday, the Winter Solstice, Hanukkah, Christmas, Kwanzaa, Boxing Day, and New Year's Eve: it’s also Read a New Book Month. Wrap up 2019 with one of these recommendations from Free Library librarians and staff!

Up South: Civil Rights and Black Power in Philadelphia by Matthew Countryman
"Easily one of the most fascinating books I’ve ever read about Philadelphia history, Up South documents the history of civil rights activism in Philly in the mid-20th century. We get inspiring narratives like the successful fight to make Philly one of the first U.S. cities to ban racial discrimination in municipal employment, and we also get honest unromantic accounts like the story of local NAACP chief Cecil B. Moore getting pissed at Martin Luther King Jr. for, in Moore’s eyes, upstaging him. This is a scholarly but readable account of what really happened in a period that is too often simplified and too rarely analyzed." – Ben R., Kingsessing Library 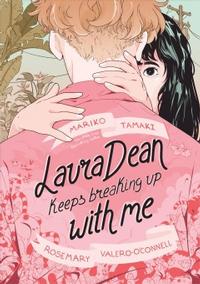 Laura Dean Keeps Breaking Up with Me by Mariko Tamaki and Rosemary Valero-O’Connell
"Frederica Riley is dating the most popular girl in school and it should be an absolute dream—except it’s not. When Laura Dean keeps breaking up with her and Freddy keeps running back, both her sense of self and her true friendships suffer. This book is for anyone who’s ever known they should break up with someone, but put it off because it’s just so hard." – Erin H., Philadelphia City Institute 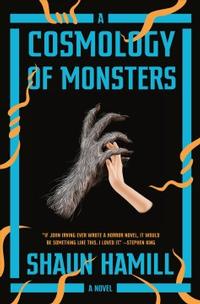 A Cosmology of Monsters by Shaun Hamill
"This debut novel from Shaun Hamill tells the story of the Turner family, creators of a haunted attraction known as The Wandering Dark. Narrated by the youngest son, Noah, the family’s history is literally haunted by monsters. This is a fantastically strange novel, an exploration into the darker sides of the imagination, where both comfort and horror can be found. A dark fairy tale for readers who like their horror fiction blended with the uniquely strange and inhabited by vivid, complex characters." – Ned W., Philbrick Hall, Parkway Central Library 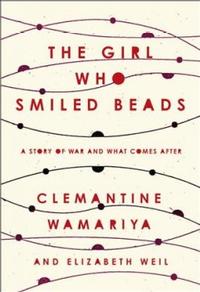 The Girl Who Smiled Beads: A Story of War and What Comes After by Clemantine Wamariya and Elizabeth Weil
"Wow. I had never thought about what a refugee experience would be. I cannot imagine the fear a child would have when separated from their parents and the only life they know. Also interesting to me is the self-reflection of Clemantine; I felt the truthfulness of her words describing the distrust and why, and I empathized with her constant need for validation of who she was allowed to become. No one understood what impact reuniting the family would have. Clemantine wrote that she wanted to tell her mother of the atrocities she saw and endured—but what if her mother turned around and did the same? Great read, especially in light of the current state of America separating children from parents at our border." – Michele T., Information Technology 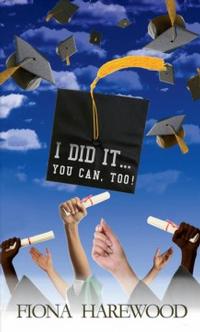 I Did It...You Can, Too! by Fiona Harewood
"Motivational speaker and author Fiona Harewood inspires adults of any age to return to school to complete their high school education and go further in obtaining their college degree. Ms. Harewood shares her personal experience of overcoming many obstacles in obtaining her high school diploma and master’s degree as an older adult, while sharing strategies of how others can accomplish these goals." – Rachel H., Languages and Learning Center 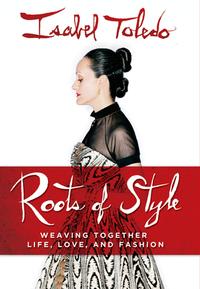 Roots of Style: Weaving Together Life, Love, and Fashion by Isabel Toledo
"The late Isabel Toledo left us too soon. With this book, she introduced us to her life and how she became the creative force of nature with her fashion. This treatise, with its clear, honest writing, will draw you into her world and leave you motivated to chart your own inspired path of creativity. We are currently waiting for our copy, but you can still request it through Interlibrary Loan." – Juanita V., Art and Literature Department, Parkway Central Library 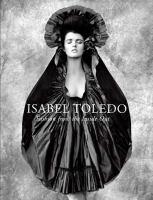 Isabel Toledo: Fashion from the Inside Out by Valerie Steele
"FIT Director Valerie Steele and Deputy Director Patricia Mears collaborated over 20 years ago to create this invaluable monograph of the late fashion genius Isabel Toledo. This treasure of a book is a deep dive into her work as a dressmaker who refused to be categorized in the world of fashion. This rare, out-of-print book is available for reference use only at the Parkway Central Library’s Art and Literature Department. To be able to share titles like this daily is truly one of the best assets public libraries have—accessible and available to all, despite its rarity."– Juanita V., Art and Literature Department, Parkway Central Library 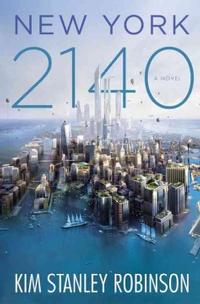 New York 2140 by Kim Stanley Robinson
"If you like an involving story where the location itself is the main character, you’ll enjoy Robinson’s portrayal of a future New York City that persists despite climactic disasters that have flooded the lower floors of New York City’s buildings and turned the metropolis into a so-called SuperVenice. To catch us up on the history that has transpired between 2019 and 2140, the author sprinkles in witty, bantering infodumps between some of the chapters and devotes short interstitial chapters for The Citizen to pontificate with tongue-firmly-in-cheek as only a lifelong New Yorker can. The broadcast of characters intrigues, frustrates, charms, and puzzles. This is an optimistic, post-disaster folktale that goes easy on plot and strong on coincidence, with the author’s clear-eyed love for the Big Apple’s past and future ever-present." – Jeff B., Collection Development

Cubed: A Secret History of the Workplace by Nikil Saval
"For years, I’ve wondered when—and why—offices in the United States settled into the cubicles-and-carpeting-and-fluorescent-lights thing. In this expertly crafted narrative, Saval describes the evolution of office architecture and interiors since the late 1800s. It’s a history not just of design but of so-called white-collar labor, and how that labor and its conditions have been shaped by those with the power to design the spaces we spend eight, nine, or more hours a day in. How did we get to a point where 60 percent of the U.S. workforce are holed up in cubicles, but almost all of them (93 percent!) dislike it? Find out in this deeply engrossing volume told, as Saval notes, 'from the perspective of the people who felt these changes from their desks.'" – Clare F., Communications

Pick a recommendation from above or browse our extensive catalog for a new-to-you title to read today! 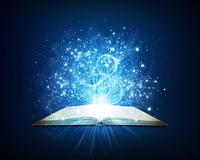 Jump into a new adventure when you open a new book! 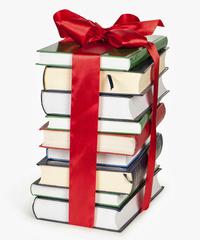 A new book makes a perfect gift for the holidays!
Add a Comment