Philly Versus the World: A Battle Over Ice Cream 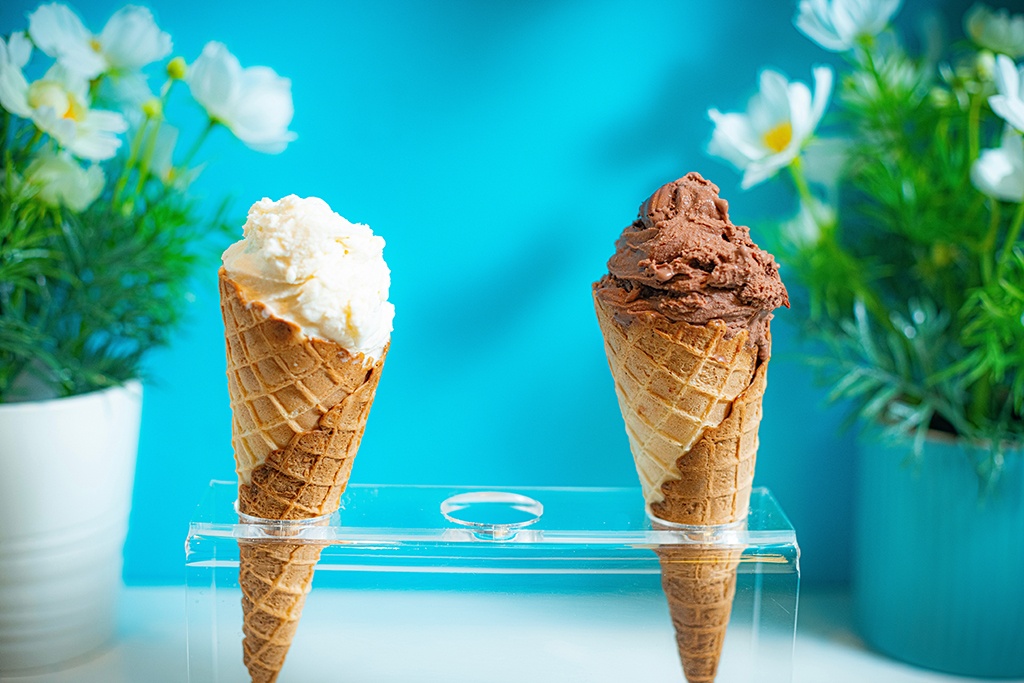 Join us at the Haddington Library on Friday, June 23rd at 2:00 p.m. for an ice cream demonstration, tasting, and celebration.

Recognize and represent our city for its contributions to the popularization of ice cream in the US! And be sure to join us at the Haddington Library on Friday, July 23 at 2:00 p.m. for a demonstration, tasting, and celebration.

Water ice may very well be the frozen treat that brings nationwide attention to Philadelphia, but we are actually credited globally with a distinct style of ice cream made simply with cream and sugar. Most other styles start with an anglaise—a sweet custard sauce thickened by tempered egg yolks—making them an especially rich treat. Philadelphia-style ice cream omits eggs (and therefore a time-consuming and sometimes fickle technique) to produce a lighter ice cream that can highlight the quality of a high-fat cream as well as any delicate flavoring. 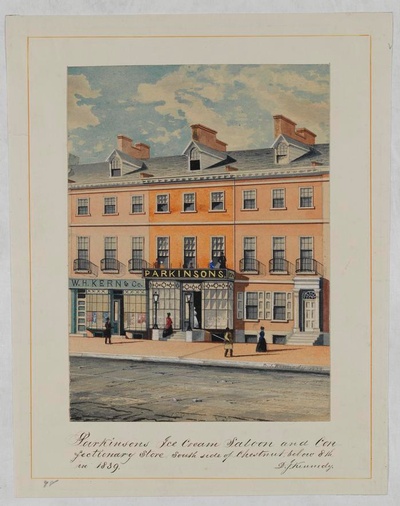 American ice cream (as it is sometimes called) might not have actually originated here, but notable Philadelphians contributed significantly to its rising popularity during the nineteenth century: Nancy M. Johnson patented the first ice-cream churn; Augustus Jackson, the "Father of Ice Cream," revolutionized manufacturing and sales; and recognizable entrepreneurs Lewis Dubois Bassett and William A. Breyer both established their eponymous empires in the City of Brotherly Love. Later, Les Waas wrote the earworm herald of summer—the ubiquitous Mr. Softee jingle, which actually has some delightfully uncontroversial lyrics (see additional resources).

But the proof of Philadelphia’s dedication is in the archive. Records show sprinkled throughout the city a great number of ice cream saloons, including the famous Parkinson’s Ice Cream Saloon and Confectionary store at 180 Chestnut (image courtesy of Historical Society of Pennsylvania), and the historical archive of the Philadelphia Inquirer is also brimming with mentions of a booming ice cream culture.

So for this National Ice Cream Day, celebrate our city by trying out Philly-style recipes from these books: 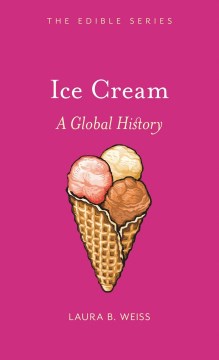 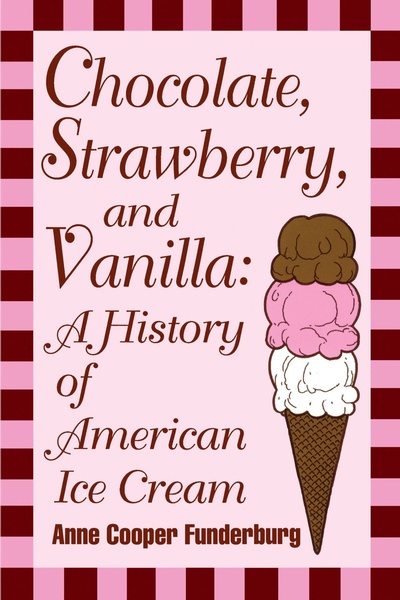 Of course, we aren’t the only place with our own style— ice cream is a global phenomenon. You can read all about it alongside historical recipes (including one from "A Lady of Philadelphia" (142) in Ice Cream: a Global History by Laura Weiss. Or you can learn how Philly figures in the national tradition in Chocolate, Strawberry, and Vanilla: A History of American Ice Cream by Anne Cooper Funderburg. 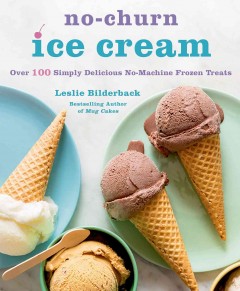 Ice cream is made by churning—liquid freezes against and is continuously scraped off of an ice-cold surface. No equipment? No worries. No-Churn Ice Cream by Leslie Bilderback offers up over one hundred simple recipes that don’t require any specialty appliances. 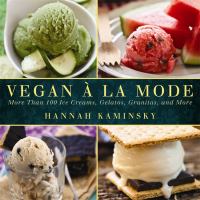 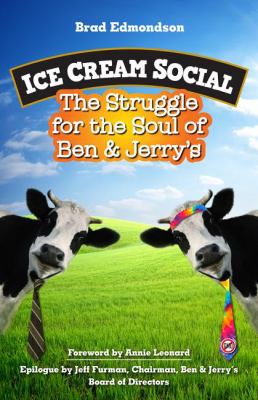 Take a trip outside of Philly to Vermont, where two friends established a mission-driven ice cream company which is now a global brand. Brad Edmondson asks if activism makes a good ice cream in Ice Cream Social: The Struggle for the Soul of Ben & Jerry's.

Whether sorbet, sherbert, gelato, soft-serve, froyo, or custard, ice cream has a rich (pun intended) history and trans-national appeal. And we proudly have a stake in the game. Whichever you prefer, enjoy your cone Philly-style and remember:

"Let be be finale of seem.

The only emperor is the emperor of ice-cream."