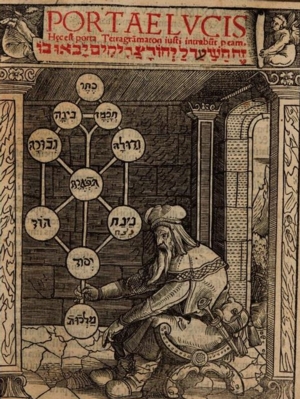 Dusty Manuscripts and Brilliant Light: The Luminous Mysteries of Kabbalah

Join us to learn about Kabbalah, the Jewish mystical tradition that stretches back to the visions of Moses, Isaiah, and Ezekiel. Professor Joel Hecker will talk about the history of Kabbalah, focusing on its central and canonical text, Sefer Zohar, (The Book of Radiance), which has amazed its readers ever since it emerged in Spain over seven hundred years ago. Reimagining God, Judaism, and Torah in seductive and radical ways, the Zohar offers mystical readings of the entire Jewish religious tradition.

Joel Hecker is Professor of Jewish Mysticism at the Reconstructionist Rabbinical College. He is the author of Volumes 11–12 of The Zohar: Pritzker Edition, the first complete translation of the Zohar into English. Volume 11 received the Canadian Jewish Literary Award in the Category of Scholarship. He is also the author of Mystical Bodies, Mystical Meals: Eating and Embodiment in Medieval Kabbalah (Wayne State University Press, 2005), and has published widely on a range of themes in Jewish mysticism.

If you have any questions, please call the Education, Philosophy, and Religion Department at 215-686-5392.

This event is free, but we ask that you RSVP at Eventbrite.

7:30 P.M.
VIRTUAL - Joby Warrick | Red Line: The Unraveling of Syria and America's Race to Destroy the Most Dangerous Arsenal in the World | Virtual