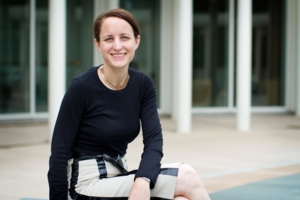 What is democracy?  It's a word often debated; a word we often overhear; a word with many subtleties and connotations; a word held dear by many throughout the world.  Join University of Pennsylvania's Walter H. Annenberg Professor of History Dr. Sophia Rosenfeld as she presents a lecture entitled "Democracy and Truth: a Short Philadelphia History".

Sophia Rosenfeld is Walter H. Annenberg Professor of History at the University of Pennsylvania, where she teaches European intellectual and cultural history with an emphasis on the Enlightenment, the trans-Atlantic Age of Revolutions, and the legacy of the eighteenth century for modern democracy.  She is the author of A Revolution in Language: The Problem of Signs in Late Eighteenth-Century France (Stanford, 2001); Common Sense: A Political History (Harvard, 2011, and winner of the Mark Lynton History Prize); and, most recently, Democracy and Truth: A Short History (Penn, 2018).

Free, but RSVP appreciated by registering.

Division of Cultural and Civic Engagement